Hundreds of people waiting in anticipation, a spectacular set up and one amazing singer performing for a cause, the occasion is as special as it can get. Padmashri Shankar Mahadevan was in the city for a fundraising concert organised by Sparsh Hospice, ‘Sparsh Night 2019’. And, he was all praises about the organisation’s work.

“Performing for a cause like this is a source of immense satisfaction for me. Caring for terminally ill is something not many of us would think of and I’m extremely proud that an organisation like this exists in our country.” 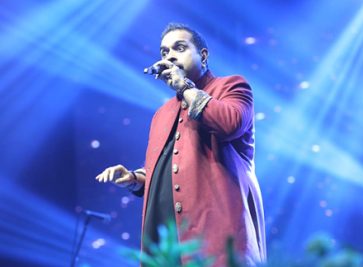 Shankar kick-started the gig by invoking the presence of Lord Ganesha with his infamous track, Shri Ganeshaya Dheemahi and won over all the oldies in the crowd, when he sang Mahaprana Deepam from Sri Manjunatha and said that both the film and the song will have a special place in his heart as they mark his debut in the Telugu industry. He later moved on to a few of his famous hits including, the title track of Dil chahta hai, Sajdaa from My name is Khan, Pretty woman and Kal ho na ho from Kal ho na ho, and signed off with his trademark song, Breathless.