They say money cannot buy happiness. Allegedly. But recent research shows how spending money on specific causes does bring in considerable emotional and psychological satisfaction – akin to happiness. While there is no marker of this kind of spending in the World Happiness Index, researchers are quite serious about how spending is linked to states of the mind.

Researchers Elizabeth Dunn, Lara Akinin and Michael Norton of British Columbia, Simon Fraser and Harvard Business School make a distinction between personal spending and what they call prosocial spending in a 2014 paper they published in Current Directions in Psychological Science. Prosocial spending is money spent on someone else.

In their fieldwork, they handed a certain fixed amount to various, random people, with instructions to spend half on themselves and half on others. They report their findings as follows: “people who had been assigned to spend the money on someone else reported happier moods over the course of the day than did those people assigned to spend the money on themselves. It is interesting that the amount of money the participants received had no bearing on their happiness.” Describing the ‘warm glow’ from such acts, they conclude: “spending on others can provide a more effective route to increasing one’s own happiness”.

But something more interesting was reported by this same set of authors in a 2013 project and published in Journal of Personality and Social Psychology. They looked at 136 countries in which people spend some of their income on others. The results were truly astonishing. They found that in 120 countries, across the high income Scandinavian, Canadian and American populations to South Africa, India and other developing nations, and even in poorer states, people had found happiness in spending on others. They conclude from this that ‘the capacity to derive joy from giving might be a universal feature of human psychology’.

Prosocial spending is about competence (to spend money, one needs money) and autonomy (to be free to spend money), but more than anything else, the above studies indicate a deeper state of being (we may dare to call it ‘virtue’): generosity, or even altruism.

Prosocial spending, organised formally sometimes as charity, donation or service campaigns, connects to altruistic behaviour. Altruism is “any behaviour motivated merely by the belief that someone else will benefit or avoid harm by it” as philosopher Tom Nagel defined it. When expanded into larger communities, the altruistic move(ment) can induce a sense of belonging, responsibility and connections, as political theorist Kristen Monroe has argued (and which I have referred elsewhere in writing about ‘compulsory altruism’). It thus produces a moral economy, one that accounts for the have-nots and induces, inspires us, at least for the sake of our own happiness, to spend on others.

It cannot be, of course, that one makes prosocial spending a mandatory service. Corporate Social Responsibility – and now we speak of University Social Responsibility, as though all these years we in the University were embodying something other than social responsibility? – comes closest to this institutionalisation of prosocial spending. (Although it is difficult, and surreal, to see the logo – not their owners – of the Reliance or Adani companies smiling cheerily after donating to a Covid hospital.) But the fact remains that prosocial spending is moving towards a certain mood and mode of organisational behaviour since the late 20th century.

To return to the above authors of the study, Dunn et al note that: “Google provides employees with an open invitation to apply for a bonus—not for themselves, but for a deserving coworker (Dunn & Norton, 2013). Our most recent research has provided initial evidence that giving employees the opportunity to engage in prosocial spending can potentially enhance job satisfaction and performance”. Hence, they suggest that we “should examine the broader benefits of prosocial spending initiatives within teams and organisations”. In short, prosocial spending has begun to acquire the trappings of organisational behaviour and strategising. 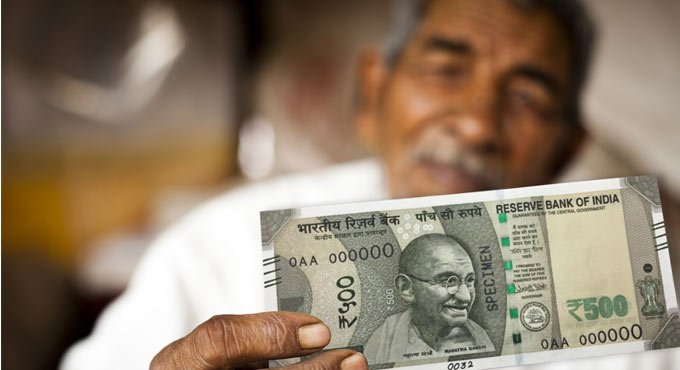 Prosocial spending, it is clear, impacts not just the happiness of the individual but also contributes in a large measure to the sense of community and belonging. This ‘variant’, if one could term it that, on the idea of the social – the social as that which emerges in and hinges on spending for others, or being altruistic – is central to a community’s well-being. If happiness is civil – involving others – then what could be the relevance of prosocial spending as a social ‘project’ or behaviour?

Luigino Bruni, the economist, calls for a return to considerations of sociality and states such as happiness in economic theories. In his neat little Civil Happiness: Economic and Human Flourishing in Historical Perspective (2004), he critiques the long-held belief that ‘Civil Happiness and economy remain two separate fields of life’. Bruni argues that economists need to address what he terms ‘genuine sociality’ when linking economies with states of happiness. Turning to the idea of ‘relational goods’ – ‘goods … which cannot be produced, consumed or acquired by a single individual, because they depend on interaction with others and are enjoyed only if shared with others’ – Bruni argues that these goods are intrinsic to Civil Happiness.

Bruni concludes: “The membership of a voluntary organisation – used as a proxy of relational goods – is associated to a statistically significant increase in life satisfaction. It is interesting to observe that the effect of volunteering for life satisfaction is quantitatively the same as that of moving up by one decile in the income scale”. Bruni refers to sporting events and voluntary organisations that are relational goods. Others have spoken of intangible socio-emotional goods (SEGs) that focus and build on intense sociality, bringing happiness to many.

Much more naturally remains to be done in seeing how prosocial spending, altruism and SEGs may be produced and productive of better social relations. In the Covid age, we have seen calls for the human race to think compassionately, beyond the self. Prosocial spending may be, if one were to buy the above arguments from psychology and economist researchers, the way to go.