Being smitten by the melodies of yesteryear, director Harish Shankar repeated a song from the 80s’ movie Devatha, helmed by legendary director K Raghavendra Rao and sung by two other legends SP Balasubrahmanyam and P Susheela, in his new outing Valmiki.

Varun Tej and Pooja Hegde danced to the duet Yelluvochi Godaramma Yellakilla Paddadammo in the upcoming film. The song was originally picturised on the all-time greats Sridevi and Sobhan Babu. Honouring the the mellifluous song, 14 Reels production house organised a grand function on Tuesday with Raghavendra Rao as the chief guest.

Expressing his great admiration for lyricist Veturi Sundararama Murthy who penned the song, Harish said that it was fortunate that he got a chance to reproduce a gem of Veturi in his film, which he has been longing to do for a while now. “I always feel deprived of the golden opportunity of working with Veturi garu when he passed away. I could only avail of his creative genius in my first film Shock. But, it did not do well.

After that, it took me a long time to get another chance to direct, and unfortunately, by then, Veturi was no more. But, his lyrics have always infused me with energy. Balu sir sang his part with a lot of ease and melody after these many years while we retained the voice of Susheela amma as it is. I thank everyone who helped recreate this glorious piece by legends,” Harish said.

Varun and Pooja Hegde too expressed their happiness for the chance to re-enact a masterpiece. Raghavendra Rao felt touched at the reverence exhibited by the whole crew of Valmiki and narrated how he conceived a song with such an ambience using thousands of brass pots. His participation upped the grandeur quotient at the event.

The best part of the evening was that producers Achanta Gopi and Achanta Ram specially invited the eldest son of Veturi, Ravi, and honoured him with remuneration for using the song of his father, a poet of eternal fame, in their film.

‘Charan should do the biopic of Chiranjeevi uncle’ 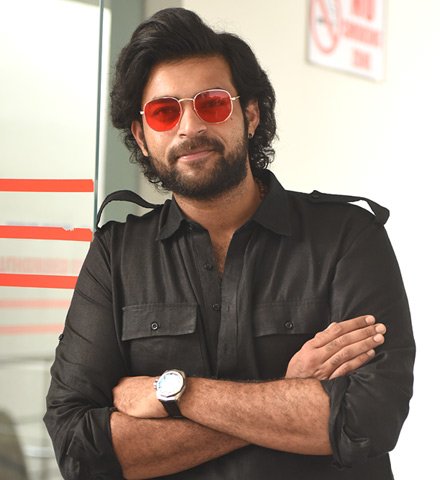 Expressing his excitement for the role he did in Valmiki, Varun said that getting such characters was a boon for a career to thrive on. He described the role of Geddalakonda Ganesh to be a mix of serious emotions, fun and entertainment, and divulged a few details about the film.

“The film is a blend of high-voltage emotional drama and is strongly supported by humour. The rare combination is a great gift to me by our director Harish. I took it as an opportunity to give my best. More importantly, an episode before the interval for about 20 minutes really highlights the film filling the audiences with terrific excitement.

Likewise, even the climax scene also triggers a whole lot of thrill. I truly feel that this film speaks of the toil of every actor and every technician,” Varun said. He also informed that he had not seen the film completely but watched a few sequences here and there.

Replying to a question about the possibilities of doing a biopic on Chiranjeevi, Varun Tej clarified that Harish has unending love for the actor and has been contemplating a biopic on the Megastar. “Harish will surely venture it some day. But not with me, of course. If Charan does the biopic, it will break the records beyond boundaries and expectations,” Varun said.