Located in Warrensburg, Missouri, the University of Central Missouri is a State-leading university and is one of the finest institutions. Founded in 1871, it is one of the oldest universities in the State.

The University of Central Missouri has two campus locations — one in Warrensburg and another in Lee Summit, Missouri. It also has a presence at Whiteman Air Force Base. Since its establishment, the University of Central Missouri has been transforming students into lifelong learners who are dedicated to service. UCM is home to nearly 10,000 students who represent 43 States and 32 countries.

UCM offers more than 150 programmes of study including bachelor’s, master’s, pre-professional programmes, and education specialist degrees. UCM’s academic divisions are the College of Arts, Humanities and Social Sciences, Harmon College of Business and Professional Studies, College of Education, College of Health, Science and Technology, and the Honors College. The university remains one of the first ones to provide a cybersecurity programme. 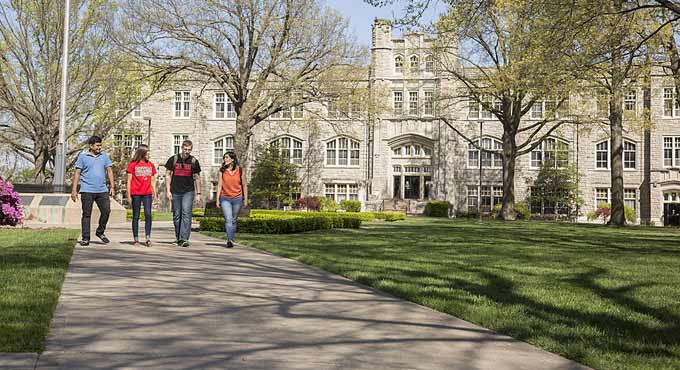 US News & World Report named the University of Central Missouri to its regional list of Best Public Colleges and Universities in its 2021 Best Colleges Guidebook. UCM is ranked #16 in its Midwest regional spot as a Top Public School and ranked #50 among the Best Colleges for Veterans. UCM was named #64 among Best Value Schools. The annual US News & World Report online feature also ranked UCM #90 among the Top Performers on Social Mobility — a category based on success in helping economically disadvantaged students to finish college.

There are many notable and famous graduates from UCM, and the following is a list of some of the most esteemed: Phill Kline — former Kansas Attorney General, Earl Edwin Pitts — Soviet spy, Grant Curtis — executive producer of Spider-Man movie series, J Lawrence Walkup — President of Northern Arizona University, David Steward — CEO of WorldWide Technology, Inc. which is the world’s largest African American-owned company.