Hyderabad-based ‘Sri Venkateswara Surabhi Theatre’ group, one of the oldest surviving Telugu theatre groups with a rich legacy, is on the verge of shutting down after providing entertainment for over 100 years. In recent times, this performing group is among the worst affected, with Covid-19 proving to be the last nail in their coffin.

Almost 50 families and over 200 artistes residing at the Surabhi colony in Serilingampally were struggling for the last four months as their only means of livelihood was taken away due to the pandemic.

Small gigs like school anniversaries, marriages and functions that helped them make a living so far are also not taking place any longer, forcing many of them to join petty jobs for survival.

“Though many artistes have chosen an alternative line of work to feed their families during this crisis, some are completely dependent on stage plays and don’t know any other means of livelihood. There are around 500 people in our theatre group who perform, take care of costumes, makeup, lights, set design and production. We were neither prepared for something like this ever nor thought of plan B,” says Jayachandra Varma, secretary of the theatre group. 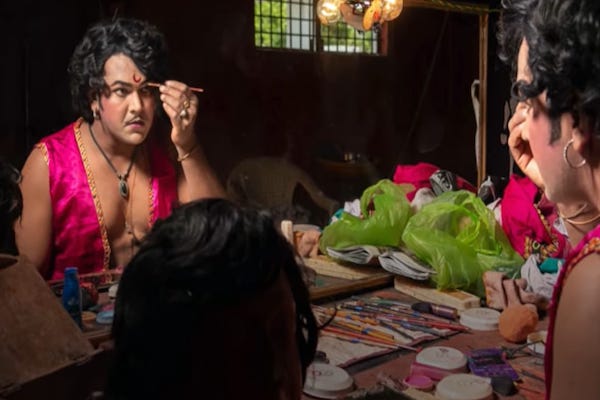 Varma completed his Master’s in Business Administration but has been part of theatre since childhood. He says he does not get the same satisfaction working anywhere as he gets in performing on stage. His grandfather is the Padma Shri-winning theatre veteran R Nageswara Rao.

Though the demand for stage plays dipped in recent years with the group’s shows taking place only every now and then in different cities, Covid-19 has worsened the situation for these theatre artistes. They are now seeking help to keep alive the 135-year-old theatre group.

“I request government and theatre enthusiasts from around the world to give us work. We are even willing to perform plays virtually. Moving away from the theatre is harrowing and we do not want to put a stop to the tradition,” Varma added.

To sustain themselves and their families for the next few months, the group also started the online fundraising campaign with Milaap.

Formed in 1885 in a village called Sorugu (later became Surabhi) in Kadapa district in Andhra Pradesh, they were pioneers in dramas. They also inspired many great movies like Paatala Bhairavi, Bhakta Prahlada and Maya Bazaar through their fantasy dramas in those days. The socio-fantasy stories that they present on stage – mostly based on mythology – that involve amazing graphics employed by the group were a major attraction to the young and the old alike.