We as a nation are busy dousing fires of a different kind. This is not about poverty and hunger, but about civic illiteracy, ignorance, outrage and purported victimhood. The outpouring of ill-will on social media platforms is baffling.

A tweet can wreak havoc. Facebook posts can burn houses. A beautiful photograph on Instagram can leave you in seething envy against your neighbour enjoying an exotic holiday. A WhatsApp message can whip up an entire village into fury. We are an outraged and rancorous generation drunk on the power of technology and social media but desensitised to our collective social and civil responsibilities.

Social media has enlarged our laryngeal organs but at the same time shrunk our cerebral capacity to delineate between good, bad and ugly. The vicarious pleasure one gets to pelt virtual stones, troll others on social media with relative anonymity is all too tempting. A cursory look at the comments section on various platforms, and you realise the extent to which public debates have deranged and degraded us socially and intellectually. 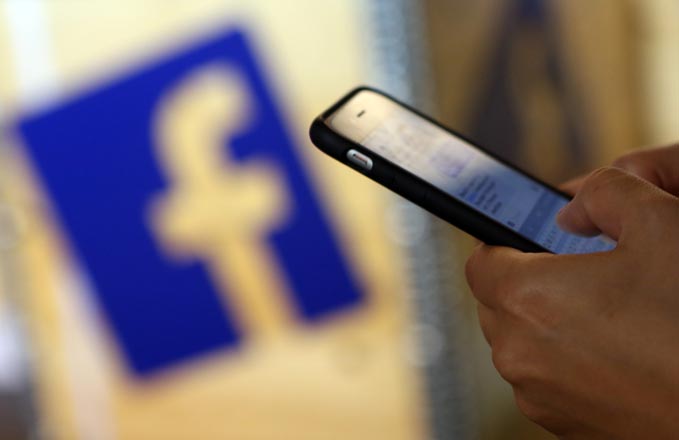 Our Hypocrisies
The allure of the platform is such that it can bring out our vile and venomous behaviours to the fore. Our hypocrisies allow us to be a completely different person when we are conversing in our drawing room and when we are vacuously passing comments and judgements on online platforms. The deafening collapse of social character online is near total and noteworthy. Mobocracy is taking political and social center stage.

In recent times, the axis of influence has shifted from old media to the new social media and how. Increasingly, the agenda-setting function of newspapers and television news channels seems to be overtaken by what is happening in the social media sphere. Coasting from one flare-up to another, social media gets extensive mainstream coverage.

Some believe that apportioning the blame on these platforms is misplaced. The waning democratic and intellectual culture around the world is the problem of the elected government and the institutions. If we examine the role of social media, the new technology lends a voice to the voiceless to an extent.

However, in the process it has also intensified prejudice. And that is the collateral damage we are paying for. The viral nature of the medium is moulding public opinion precipitously. The institutions in the prevailing framework have no coping mechanism to address this new-found Frankenstein problem.

Free for All
Private companies that run these platforms as public debate platforms with such noble intentions are not missionaries. They also seem to have a meagre understanding of how people use it in complex social and cultural settings.One would require a driving licence to drive on the road. Whereas on the information superhighway, there are no entry barriers and no toll gates either. It is free for all. It is becoming increasingly pernicious and life-threatening to control the rage.

The power to publish and distribute information by disgruntled individuals with inexpensive mobile devices and cheap internet connectivity has no historical parallel. Particularly, people in the hinterland are easily susceptible. In a ‘post-truth’ world these platforms have become breeding grounds for manufacturing hate speech, revenge, spreading fake news, threatening and harassing others.

The mainstream media is good at reporting major developments. However, it resides in a bubble of its own making, which is politically correct and sanitised. But the complex micro-politics at the local level that are finding a political voice on these social media platforms have been largely beyond the comprehension of the mainstream media. There is also hardly any academic or policy research to understand these evolving social behaviours.

Narrow Vision
In our oculo-centric culture, our vision is being narrowly directed towards the supremacy of the imagery and visuals in purveying and conveying truth. Text is reduced to a mere embellishment. In this scenario, truth is the casualty and fakery is the new currency. Even Google is a mere search engine.

It does not claim to be a truth engine. Algorithms fetch you just results and more likely purvey links that contain false and unverified information.

Fakery and fictitious ‘friendships’ are what we are filling our lives with each passing day. We are living in a phoney world. When negative, tribal emotions begin to seep into social media, they increasingly influence users’ lives and, therefore, shape their perception of the world offline.

The challenge in the years ahead is to leapfrog and impart digital literacy on a priority. It is a huge challenge when we, as a country, are still grappling with universal literacy targets.

There is also a need to regain the trust that the legacy media has lost in the recent times. Efforts need to be made to reorient the journalism that is geared towards public purpose, which helps reconnect with the citizen effectively. Institutional mechanism needs to be strengthened to promote communication that is open and pluralistic in nature. To defeat hatred, racism and intolerance, more resources need to be invested in the quality of journalism.

News channels, especially the regional ones, are a cause for concern and have been found wanting on various occasions on quality parameters. Public decency and rule-based society need to prevail. Though bruised, legacy media will have to rise to the occasion and arrest these lumpen forces from holding sway by providing ethical and truthful journalism and regain its credibility by serving the larger public interest.

(The writer is a communications and management professional)