Siddipet: Government General Hospital, Siddipet, is all set to get the first dialysis centre in Telangana. With a view to providing free and quality treatment to kidney patients, the Telangana government decided to set up dialysis centres in 39 hospitals across the State.

Irrigation Minister T Harish Rao and Health Minister C Laxma Reddy will inaugurate the facility on Friday in Siddipet. Speaking to Telangana Today, NHM (National Health Mission) programme officer Jagannadham said they had bought six advanced D-Med Dialysis units from Germany, which are predominantly being used across the globe. One of the six units would be used for people suffering from various infections. 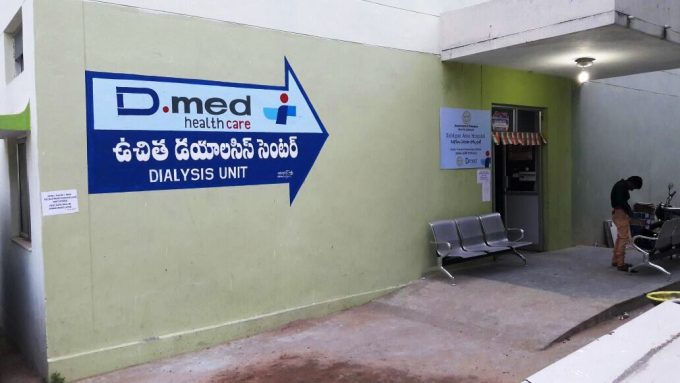 He said there were two dialysis centres one each at King Koti Hospital and government hospital in Khammam, which were operated under Public and Private Partnership until recently. The treatment was restricted to only those with Arogyasree cards and the dialysis centres also used to use same filters for multiple patients.

With a plan to set up dialysis centres in 39 hospitals, Chief Minister K.Chandrashekar Rao instructed the Health Department to extend treatment to all the patients free of cost. The Chief Minister further asked them to use separate filters for patients to restrict the spread of infections and improve the quality of the treatment. People of the Siddipet district are elated as the State government had decided to set up the first Dialysis centre in their district.