Food, the term conjures up different images for lot of people. Munchies, candy, rice with sambar, oodles of ghee and a side of aloo fry, heaped with different varieties of food…one’s imagination can probably run wild with the smorgasbord of possibilities. No matter, how diverse the country’s culinary makeup maybe, one thing that brings everyone together is food. As hedonistic as our nation is about food, the origins and variants of foods are equally diverse and interesting.

Ever wondered how certain foods came into being? Like how popular dishes such as biryani or idli came about. There are theories galore about different types of foods, but certain popular theories do tend to stick. For instance, biryani as a word owes it genesis to the Persian word ‘birian’ which means ‘fried before cooking’. “There are several theories as to the origin of both biryani and kebabs. Biryani is believed to have Persian origin, although there are romantic tales said about Timor who brought this to India from Kazakhstan and also about Mumtaz Mahal getting it cooked in the royal kitchens,” explains food blogger Beyniaz Edulji. 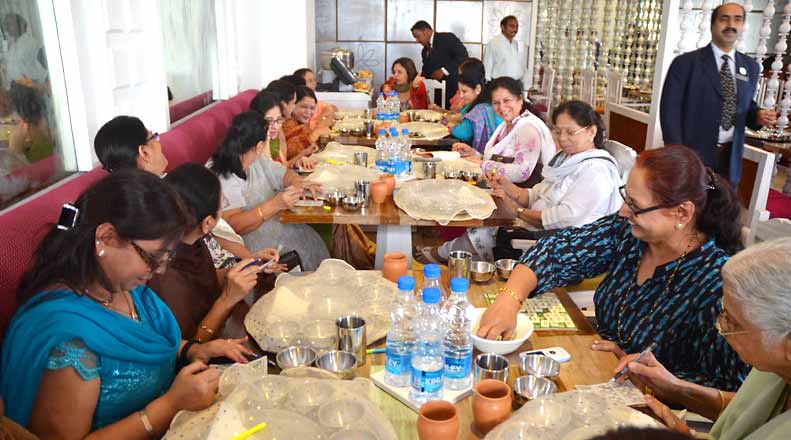 The story goes that during Shah Jahan’s reign, the queen Mumtaz visited the army barracks and discovered that the soldiers were under-nourished. She then directed the chef to prepare a dish which would take care of all their nutritional requirements. After going through the dishes he prepared, the queen settled on biryani. So, despite its Persian and Afghani influences, the ubiquitous biryani is quintessentially Indian, owing to minute tweaks it received, courtesy the spice route it came through. Slow cooking of meats, is also said to have Middle Eastern influences.

“Turkish soldiers in the 14th century used to roast meat after hunting animals, and there is documentation to confirm this.  They saved meat during their travels, by cutting it up in small pieces, and roasting it on their swords. The method of slow cooking the meat, then went through many variations which later became kebabs,” adds Beyniaz. Kebab is actually a variation on the Arabic word kabab, which means to char or burn, Turkish call it the kebap.

Vijay Marur, a popular food enthusiast in the city says, “Nomads in the desert would bury an earthen pot full of meat, rice and spices in a pit in the morning, and by the time they returned from work, the food would be cooked by the latent heat, infused with flavours. So the dum lagana, the term given to the method is definitely not Indian in origin. Food in Hyderabad has undergone lot of customisation based on the ruler’s wishes during those days.”

Crunchy samosa, interestingly which we so lovingly dribble with minty green chutneys and tomato ketchup is a gift of Central Asia. Various traders used trade routes from the region, travelling to India. Now carrying copious amounts of food for travel was not practical, so travellers carried small, crisp mince-filled triangles whipped up at campfires during halts and carried them as snacks. The Middle East seems to have given us a lot of culinary treats, as even this nifty snack is mentioned in certain records as ‘sambosa’ introduced during the 13th  and 14th century, which got corrupted into the ‘samosa’.

Earliest mentions of idli are found in the Kannada text ‘Vaddaradhane’ in 970 AD. Now many maintain that it is actually an invention of Tamil Nadu, but that may not quite be the case.  There is speculation that modern form of idli may have come from Indonesia, where fermented food has been used for a long time. According to KT Achaya, a food historian among his many titles, Hindu kings from Indonesia may have created steamed idli there and brought it to India during the period 800-1200 CE.

“It’s really difficult to pinpoint the source or origin. Now Udupi idli is quite different, the batter may be similar to what is used in Tamil Nadu. But, what we use in Tamil Nadu is a specific leaf. We bend that in a cup shape and pour the batter into that and then steam it. So the idli takes the flavour of the leaf. Different versions use lotus leaf, among other varieties, something like the Kanchipuram idli which is prepared in the banana leaf. In Udupi, we use whatever leaves are available locally to get that flavour, called Kadubu idli,” says Praveen Rao, who runs the Taj Mahal hotel in Secunderabad. Theories may abound about origins, with everyone wanting a piece or bite of the action, but at the end of the day, food is food.