Ever since the lockdown failed to curb the spread of the coronavirus pandemic, hope has now turned towards a potential vaccine, which could provide immunity from the disease and bring the world back to normalcy. Pharmaceutical companies across the world are in the race to develop a vaccine.

Recently, Russia claimed to have become the first nation in the world to register its vaccine, called Sputnik V, against the novel coronavirus. However, the vaccine, reportedly developed by the Moscow’s Gamaleya Research Institute and Russian defence ministry, is not universally and officially recognised as the WHO and medical experts, including those from Russia, have maintained that it has not entered the advanced stages of human trials (Phase III).

This brings us to the issue of clinical trials and the laws that regulate them. In India, the Indian Council for Medical Research (ICMR) approved a few companies to conduct clinical trials on humans.

The present law that regulates clinical trials in India is the New Drugs and Clinical Trials Rules, 2019. Prior to this, clinical trials were regulated by the Drugs and Cosmetics Rules, 1945. However, with reports of illegal clinical trials coming in, especially being conducted on female children in Madhya Pradesh and Andhra Pradesh in 2010, the Supreme Court in Swasthya Adhikar Manch Vs Union of India (2014), while observing that “uncontrolled clinical trials are causing havoc to human life”, directed the Centre to enact new clinical trial rules.

Thus, rules were formulated in 2019. As per the 2019 rules, clinical trial means, “the systematic study of new or investigational drug in humans to verify the clinical or pharmacological or adverse effects of the drug in order to ensure its safety, efficacy or tolerance in the humans”.

The rules mandate that the clinical trial of a new or investigational drug can be conducted only when permission is granted by the Central Licensing Authority (CLA), which is administered by the Drugs Controller General of India, and also after approval is granted by an ethics committee consisting of a minimum seven members from medical, non-medical, scientific and non-scientific areas. The ethics committee has the power of oversight over the entire work during a clinical trial.

To meet the urgent needs of Covid-19, the ICMR, on April 1, issued modified guidelines for ethics committees reviewing biomedical and health research. The Director-General of ICMR in his foreword to these guidelines while emphasising the need to undertake quick research on priority also underlined the need to ensure there was no compromise on scientific validity and ethical requirements.

Under the 2019 rules, clinical trial of a vaccine consists of four phases. The first phase is carried out to estimate the safety and tolerability of the vaccine and this phase has non-therapeutic objectives, while the objective of the second phase is to evaluate the effectiveness of the vaccine to determine the common short-term side-effects and risks associated with it. The third and crucial phase confirms therapeutic benefits and determines that the vaccine is safe for use by a wider population. Marketing also happens in this phase. The final and fourth stage goes beyond the prior demonstration of the vaccine’s safety, efficacy and dose definition. 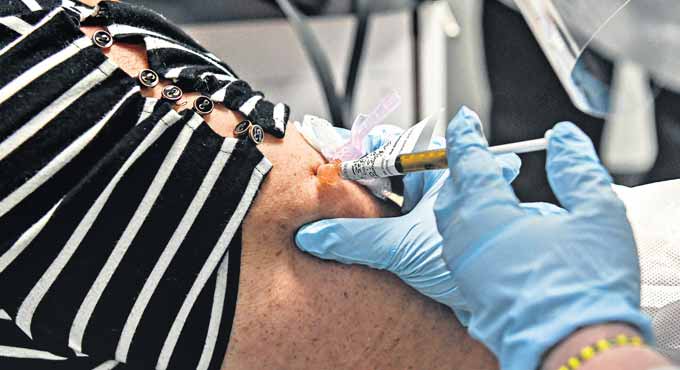 In these four phases, the fourth phase can be overlooked in larger patients’ exposure to the disease, as is the case with Covid-19, but the first three phases are very crucial to test a vaccine’s efficacy. Though the rules do not prescribe any time period to be observed in each phase, scientists say it will take 2-3 years to develop a successful Covid-19 vaccine.

To rush up things, the ICMR has accorded permission to conduct Phase 1 and 2 trials simultaneously. While deviating from the prescribed rules, the ICMR argued that the permission was granted as per globally accepted norms. The argument of the ICMR sounds plausible, but at the same time, what is at stake is the lives of millions of people who are eagerly waiting for a successful Covid vaccine.

As the ICMR is one of the wings of the Executive, possibilities of committing faults are severe, owing to pressures, corruption, etc. An example to substantiate the above statement was the announcement made by Patanjali Ayurveda Company which, through its drug ‘Coronil’, promised the cure for Covid-19, thought it retracted due to public outcry.

Given this worrisome situation, the body which can step in is the judiciary to ensure that the clinical trials are happening safely. But it is shocking to see that the judiciary, which has, in midst of this pandemic, time to take suo motu cognisance of its alleged contempt for an issue that happened in 2009, did not bother to take suo motu cognisance to look at events happening over Covid-19 vaccines. Although we are not advocating judicial governance, we expect the judiciary to be our conscience keeper in the emergence of an effective Covid-19 vaccine. Ronald Dworkin, the American jurist, had observed: “people often stand to gain or lose by one Judge’s nod than they could by any general act of Congress or Parliament”.

The 2019 rules mandate that after successful completion of clinical trials, the company has to obtain permission from the CLA to manufacture and stock a vaccine. But to meet the emergency situation arising out of Covid-19, the Ministry of Health, through a notification issued on May 18, exempted prior permission from the CLA in this regard.

In this age of rat race for a vaccine, probably judiciary alone is suited to ensure that all these exemptions are properly utilised. Expeditious completion of clinical trials by genuine researchers and companies is needed but in compliance with ethical norms.

(Dr GB Reddy is Professor, University College of Law, Osmania University, and Baglekar Akash Kumar is a student at the university)

Now you can get hand picked stories from Telangana Today on Telegram everyday. Click the link to subscribe.