Hyderabad: Ransomware attackers have been having a good time for the last few years. From 2017, which was when the WannaCry ‘outbreak’ hit more than three lakh organisations worldwide, including the United Kingdom’s National Health Service, there has been a steady reportage of ransomware attacks across the globe.

Remember, at least three firms in Hyderabad had lodged complaints with the Cybercrime wing in May 2017, stating they were attacked by WannaCry. 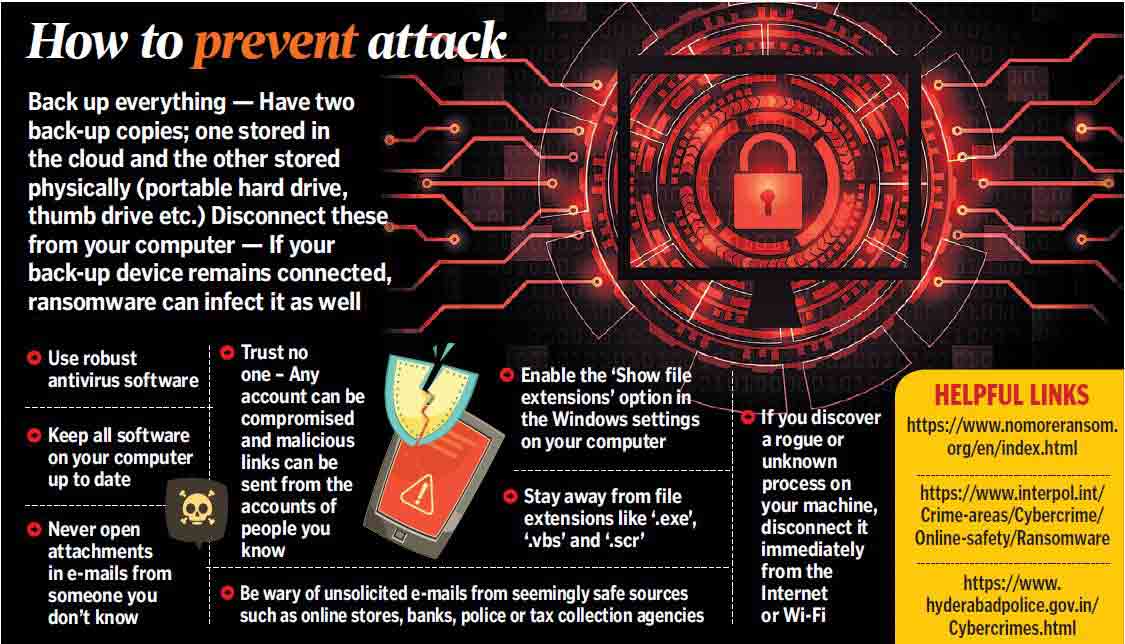 From BadRabbit to NotPetya, Locky and SamSam to LeakerLocker, Dharma and the latest, Phobos, ransomware remains one of the biggest cybersecurity threats this year as well, which is why global security agencies such as Interpol and Europol are now regularly releasing advisories to be followed by the general public, business organisations and government services alike.

India, according to several reports, was among the top victims in the SamSam ransomware attack of 2015, and is still among the top victim countries, which is why such advisories can go a long way in preventing widespread damage, especially when States such as Telangana are fast moving into an age where almost everything is done digitally, from money transactions to business deals.

Ransomware, simply put, is malware that locks your computer and mobile devices or encrypts your electronic files. When this happens, you cannot get to the data unless you give a ransom, and even this is not guaranteed. Since mobile devices too are targeted, it means no one is immune.

According to a recent Interpol advisory on ransomware, in some cases, the name or logo of law enforcement agencies will appear to trick the user into believing the police are involved. It adds that if you believe you are the victim of ransomware, cease all contact with the individual making the demand and contact your local or national law enforcement authorities.