Hyderabad: His political acumen, his performance as the Prime Minister of India, his ability to converse in nine Indian and eight foreign languages etc., are all well known facets of PV Narasimha Rao.

But do you know that PV, as he was popularly known, was a voracious reader who collected more than 10,000 books and made a priceless library out of them?

As the State government gears up for the year-long birth centenary celebrations of PV from June 28, this could be the best time to know about this rare library at the Swami Ramananda Tirtha Memorial Trust in Begumpet. These books, many of which are difficult to find elsewhere, are in various languages including English, Hindi, Telugu, Tamil, Kannada and Malayalam.

According to committee members of Swami Ramananda Tirtha Memorial Trust, which was set up by Rao, all the books were either bought by him or gifted to him by people from different walks of life during his political career.

Born on June 28, 1921 in Telangana’s Warangal district, Rao was the ninth Prime Minister of India from 1991 to 1996. During his career, he served as Union Minister for portfolios such as Law, Information, Health and Education and was also the Chief Minister of the erstwhile Andhra Pradesh in 1971.

“These books can only be found in the Parliament library. However, he managed to procure a copy of these books for the trust,” he said.

Rao, who was seen with a book always in his free time, managed to set up the library with a wide range of literature and also books that have selected speeches of Atal Bihari Vajpayee, Rajiv Gandhi, Subhas Chandra Bose, works on Motilal Nehru and several other prominent leaders as well.

“When doctors advised him to use a stress ball at the age of 80 to exercise his fingers, he used a keyboard and typed documents on the computer,” committee members of the trust recalled, adding that it was with the same commitment that he collected rare books for the library.

“The former PM had a vision for the upliftment of the poor, doubling income of farmers and manufacturing our own goods,” they said. 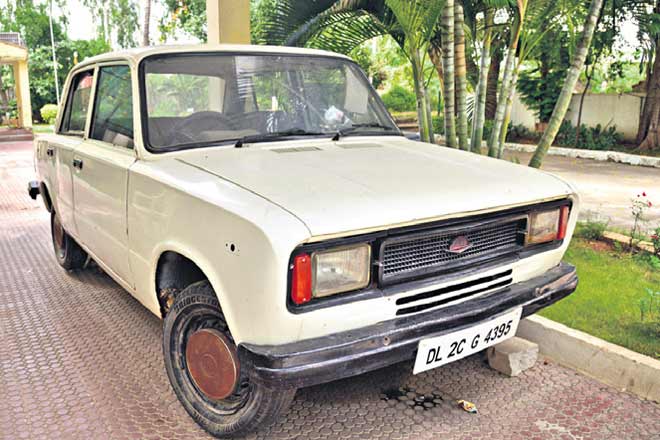 Apart from Rao’s library, the trust also displays his personal car from Premier Automobiles Limited company. This Delhi registered ‘DL 2C G 4395’ car was used by him before becoming PM in 1984.

Trust built in memory of his political guru

In Hyderabad, apart from this trust, Rao had close association with Gandhi Bhavan Trust and the Hyderabad Khadi Samithi. “During his tenure as PM, he visited our trust whenever he came to Hyderabad and spent a lot of time reading books and interacting with committee members,” said Shekar Maramraju.

He set up the trust for the conduct of seminars, mid-level management courses, training, teaching new methods required for farming and skill development for unemployed.

For every birth and death anniversary of Rao, cultural programmes are organised at the trust along with a lecture.