As it is apparent from the poster of Game Over — Taapsee Pannu is seen squeezing out from a pile of video game consoles — the 35-day full schedule of house-invasion thriller was physically exhaustive and mentally tormenting for the actor as it took a heavy toll on her.

She was in the city on Monday to take part in the promotional event of Game Over in South India ahead of the film’s release in June 14. “Never had I experienced such a thing where I am subjected to wheelchair for almost the entire duration of the shooting. The character here is she designs hi-tech video games but plays vintage games like Batman and Mario. She is also a trauma victim who suffers from anniversary reaction,” she says.

Ready to get bewitched 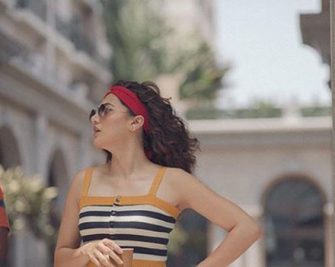 Essaying a solo protagonist, Taapsee says the thriller has different layers and her role as video game designer, the concept, storyline and screenplay will bewitch Telugu audience. “Reliance Entertainment had thought that this film deserves full India release rather make it to South India,” she added.

A former techie herself, Taapsee says collaborating with software professional-turned-director Ashwin Saravanan was an enriching experience. “His screenwriting is of international standards. I was quite confident about him after watching his first horror thriller Maaya starring Nayanathara,” she added.

Game Over is being released in Telugu, Tamil and Hindi. The title was initially Mario but was later changed to Game Over. Recalling her school and college days, Taapsee says she was a fan of Mario, Contra, Need for Speed and other vintage console games. “I had some fun time in between the shots playing the video games Mario and Ludo,” she says. 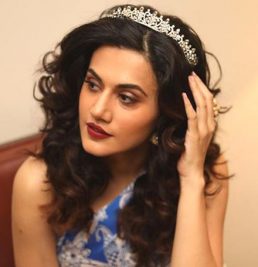 Since her debut with Jhummandi Naadam, the bubbly Taapsee branched out a bit over the years. Deviating from the regular commercial genre, she has been picky in choosing scripts, going by the storyline. “Unless a story is interesting, the film doesn’t do good. I want people to expect good, intriguing flicks. There’s no kick without expectation,” she smiles.

Taapsee added the definition of commercial film has changed; one can be glamorous even in a good story film as well. When asked whether she is disinterested in doing “naach gaana” kind of roles, Taapsee says, “I want to do anything that is demanding, however, it should have some story.”

The Pink actor said the number of options for her are more in Bollywood because of the language. However, she says, she continues to be here as ‘Telugu ammai’. The actor says her recent outing Badla was a big surprise as the movie went on to gross record collections. “Never thought Badla would do this big — critically acclaimed as well as commercially successful,” she exclaims. 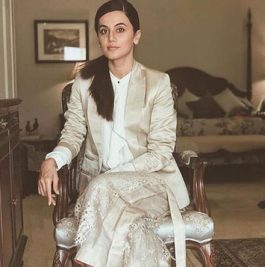 Taapsee says that she has only tried to change the genre as she wanted to experiment it differently on-screen. About the Pink remake in the south, she is happy and proud for the fact that few Hindi films are remade in the south. However, she said, she would not take the role again in the remake. “It was too mentally exhausting. I don’t want to take it again,” says the actor who has finalised a movie in Tamil which will start soon. She also heard one or two scripts in Telugu.