Hyderabad: The real estate sector in Hyderabad has been on the upswing after Telangana came into being four years ago. The traction in the segment has proved fears of real estate going down as wrong, said Finance Minister Etela Rajender.

Inaugurating the ‘Namasthe Telangana’ – ‘Telangana Today’ Property Show being held at Shilpakalavedika in Hitec City, the Minister said Hyderabad had been the top choice of many big companies for setting up their operations or expand their existing facilities here in the city. This had also been fuelling the demand for residential units in the city, he said.

Compared to other major cities, Hyderabad continues to be the destination for middle income group to consider buying a property, he said. The Government of Telangana for the last four years has been working to improve the civic infrastructure, he said adding, “The city is a safe place and there are ample opportunities for growth.”

Several people from other States have zeroed in on Hyderabad to start a business, to invest or to buy a residential property here, the Minister said adding that the government had taken up many infrastructure development works.

Mayor Bonthu Rammohan was also present at the inaugural of the property show. The developers showcasing the properties include Aparna, Ramky, Aditya, Ashoka, Cybercity, ARK, My Home, NCC Urban, EIPL, Janapriya, SMR, Vertex, Virtusa, RV, Rajapushpa, Muppa, Pride India, Fortune, Peram and Sai Surya among others. The show will continue on Sunday and the entry for the event is free. 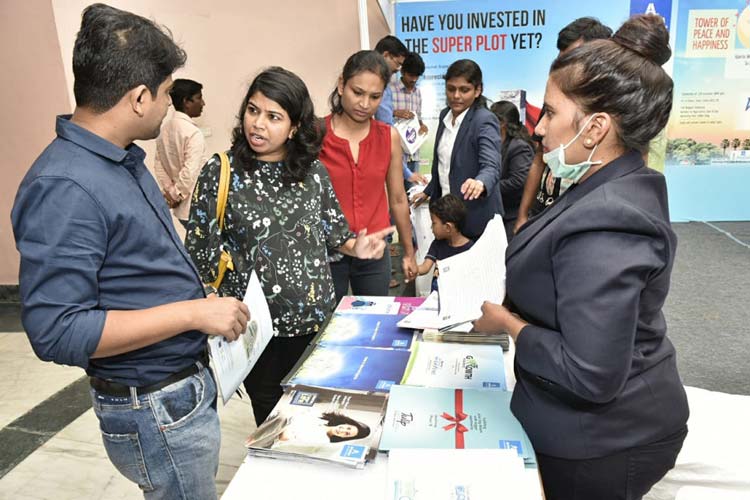