Hyderabad: The man who allegedly masterminded the July 4 robbery attempt at the Mailardevpally branch of Muthoot Finance Limited is finally in police custody, more than a month after the attempt failed miserably. Cyberabad Police Commissioner Sandeep Shandilya on Friday announced the arrest of Mohammed Sharif Abdul Kadar Quadri, stating that Quadri (42), a resident of Mumbai and native of Uttar Pradesh had masterminded the dacoity.

“His plan was to target gold banks, for which the gang came to the city nearly a month before the robbery attempt and conducted recce of all gold banks here,” Shandilya said, adding that on July 4, the gang entered the bank at 10:05 am with two persons threatening the staff with weapons to give away the gold. “One of them was Quadri,” Shandilya said, adding that Quadri had invested nearly Rs 3 lakh for the plan.

Quadri, according to the police, had migrated to Mumbai in 1994 and was eking out a livelihood as a barber. He then got acquainted with scrap dealers and shifted to scrap trade. In 1999-2000, he was nabbed by the Mumbai police for his involvement in a dacoity in Thane. “He was imprisoned in the Thane Central Prison, during which he became friends with Feroz, who was arrested in robbery and dacoity cases. He learned from Feroz to plan and execute dacoities,” the Commisioner said. 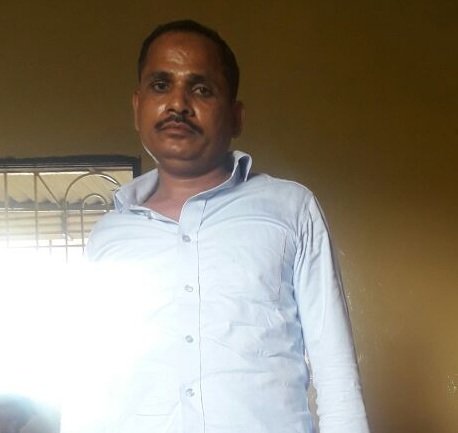 Feroz directed Qadri to Sardar Singh, known among criminal gangs as a weapon supplier. In 2014, after being released, he purchased two pistols, each at Rs 35,000 and used to carry the weapons always with him. “Whenever he was caught by police, he opened fire and escaped. Fortunately, when our team caught him at Osmanabad, he did not have any weapon with him,” Shandilya said, adding that however Quadri attempted to escape by damaging the car windows. Later, police recovered two pistols, 15 live cartridges and a mobile phone from his uncle’s house. Quadri was produced before court and remanded. Three more members of the gang are still absconding.

Quadri’s next target was Karnataka

Hyderabad: The failure to rob the Mailardevpally branch of Muthoot Finance Limited did not pour water on the plans of the eight-member gang to continue with similar robberies. If the confession by Mohammed Sharif Abdul Kadar Quadri, the mastermind of the Mailardevpally fiasco, is to be believed, the gang had drawn out plans to execute similar robberies by targeting gold banks located in Karnataka and nearby areas.

“With the initial arrests of four suspects, we got confirmation that Quadri was the mastermind behind the robbery attempt. After his arrest, we came to know that Quadri’s next target was Karnataka,” a senior police official said.

Police have also found that Quadri, who had invested nearly Rs 3 lakh for the Mailardevpally attempt, was funding the gang with the income from his scrap business in Mumbai. “Though he underwent a jail term for nearly seven years, there was no change in his criminal behaviour. He made profits from his scrap business and had Rs10 lakh with him. It was from this that he invested Rs 3 lakh for the Muthoot robbery attempt,” the official said, adding that Quadri had kept the remaining money safe for his robbery plans in Karnataka.