Even if we go blank, not understanding even a word from the lyrics and faintly humming to iconic songs like Despacito by Luis Fonsi ft Daddy Yankee and Gangnam Style by PSY – we are still crazy about them. It’s quite funny to realise how a song that makes no sense to us ends up in our playlist (that too in repeat mode). At times like this, we roughly remember a quote that goes something like: “Music is a language that doesn’t speak in particular words.

It speaks in emotions, and if it’s in the bones, it’s in the bones.” Are you nodding your head? Well, these lines were said by musician and songwriter Keith Richards, and yes! One of the reasons could be this. 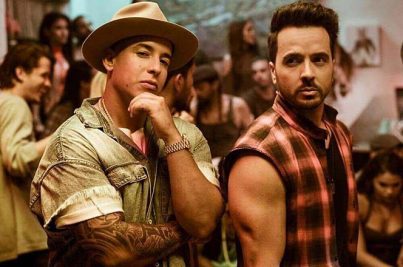 We get it when English songs like Happy by Pharrell Williams and Shape of you by Ed Sheeran shoots up to an unbelievable international fame, but it’s not usual to see non-English songs achieving the same. Despite the odds, there are songs like our very own Kolaveri Di by Dhanush, Bebot by The Black Eyed Peas and our all-time favourite dance number Macarena by Los Del Rio that still own our hearts. Poodari Siddharth, who is better known as DJ Siddie Boy, says “For all I know music does not have a language and boundary. You don’t really have to understand the lyrics, if you like, you like it.”

Similarly, Danny Reddy, a freelance musician who works with city-based bands like Nile, Mixed Pickle and Rock Station, says, “Beauty lies in the eyes of the beholder they say. Similarly, rhythm lies in the ears of the listener, so there’s no question of language, race, colour or creed when music comes into picture.”

The credit goes to?

There’s no questioning of the power of music. It’s an art form that transcends all boundaries and can bring people together. But, is this the only reason why non-English songs have become a hit worldwide? DJ Siddharth says, “Even YouTube and other social media can be fairly attributed for such recognition. It does help in widening the market and plays as a bridge, but the larger part of the credit goes to the artistes who worked hard.”