Clone Deals is also conducting clinical trials of a drug that is derived from the mushroom Cordyceps militaris and depending on the results, would launch an anti-Covid-19 drug in the coming months.

The first phase of the clinical trials of this drug is already over at All India Institute of Medical Sciences in Nagpur, Navi Mumbai and Bhopal and the experimental drug is expected to enter its next phase of trials in the coming days.

The food-supplement, CoronAid is made out of mushroom Cordyceps militaris, which grows in Himalayan region and is known for its anti-viral, anti-aging, anti-tumour, anti-oxidant, anti-inflammatory properties. The mushroom powder preparation is also mixed with curcumin, which is another active ingredient to prepare CoronAid Anti-Viral Immunity Booster Oral Suspension food supplement.

Cordyceps militaris consists of an active ingredient Cordycepin, which is known to prevent formation of new DNA and RNA strands. Clone Deals has collaborated with researchers from CCMB and have established the potency of cordycepin in stopping the growth of SARS-CoV-2 in cell-culture system i.e. in a laboratory.

“There are two different products with Cordyceps militaris that we have developed. One is the food supplement CoronAid that was launched on Thursday and the other is in the form of drug or anti-viral. Since researchers at CCMB and Clone Deals have proved the efficacy in a laboratory, we have received the permission from regulatory authorities to launch the product as a food supplement. To develop the product into a drug, we have already completed the first phase of the clinical trials and and set to enter the next phase,” said Paul Venkatesh of Clone Deals.

To market CoronAid, the team from Clone Deals have obtained the approval of Food Safety and Standards Authority of India (FSSAI).

“I commend the team from Clone Deals and Atal Incubation Centre for doing their best to remove administration hassles while developing such a product. From CCMB side, we have been providing support to researchers and startups who are working in the field of the Covid-19 pandemic,” Director, CCMB, Dr Rakesh Mishra said.

The CoronAid, which will be available in the form a liquid, will be exclusively marketed by Nuzen Herbals in the coming days. The price of the food supplement is yet to be announced. 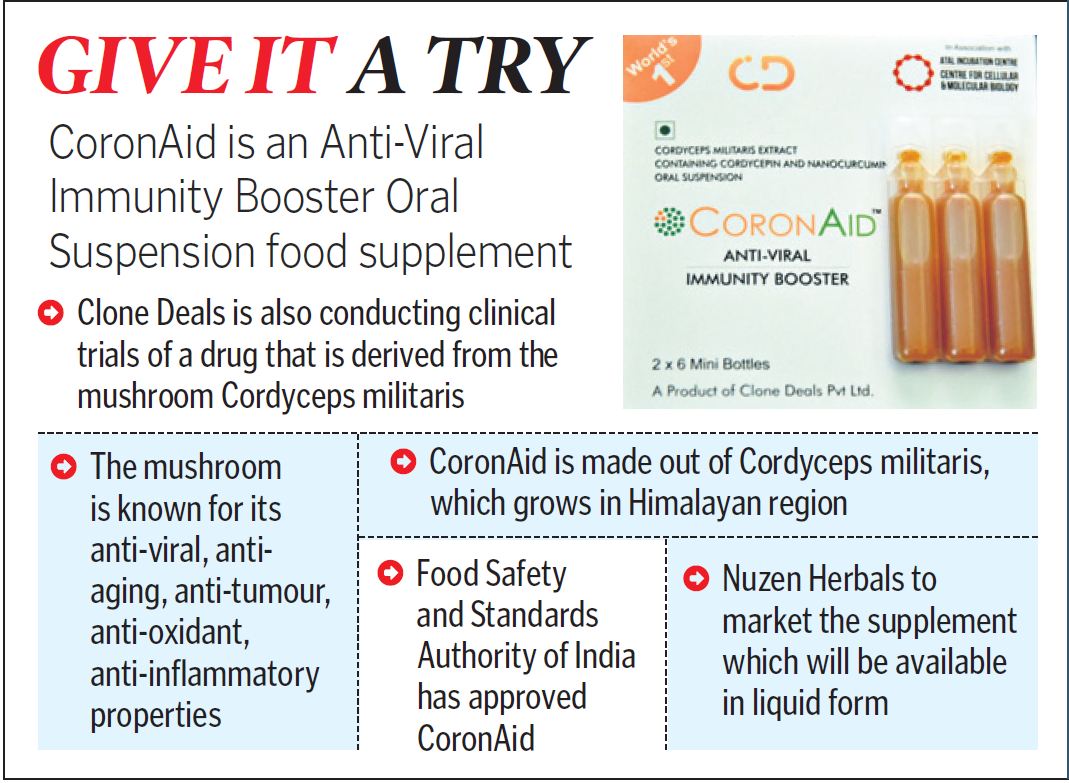