A BTech graduate, professionally trained dancer, fitness expert and recipient of not one but multiple beauty pageant titles, Abhimanika Yadav says she stumbled upon beauty pageant by accident. “I used to pose for my designer and photographer friends, to help them build their portfolio and they sneakily entered me into Mrs India contest,” she says.

It came as a shock when she received a confirmation call from the committee, she adds. “I was happy and nervous at the same time; I had no knowledge of the mechanics of such a contest, had just four days in hand, and wasn’t even confident of walking in heels, in short, all my energy levels went down,” she says. But, she went there with the aim of learning and having fun.

Elaborating on the rounds, she says, “There was a costume round, one for intelligence, swimwear, talent and fitness. These, along with our presentation skills and the walk, were the parameters on the basis of which we were to be judged.”

She says walking in heels was a biggest challenge for her as she wasn’t used to it. “I had to borrow a pair of heels from my sister before going as I didn’t even have the time to shop,” the 31-year-old adds with a laugh.

The contestants for Mrs India 2016 were trained by supermodel Nayanika Chatterjee, one of the senior-most models from the industry, who helped her a lot. Abhimanika won the pageant as a runner-up and received the titles of Mrs India Fitness and Mrs India Talented. After that, she had an offer to compete for Mrs Universe the following year (2017). “I think I am the first Telugu girl to be a part of Mrs Universe in a long time,” she adds. Abhimanika won the title ‘Mrs Universe Intelligence 2017’ and is now actively grooming aspirants for various beauty pageants.

Up close and personal
A single mom, Abhimanika says her world revolves around her 10-year-old son, Tavish. She also runs a successful event management company, Abhimanika Entertainment concepts, and also conducts corporate sessions, grooming and personality development classes for aspiring models. And, yes, she is also a classical dancer, trained in Andhra Natyam.
Ask what her secret to successful juggling between multiple things is, and she says, “It’s all about time management. Know your goal and if you are sincere, determined and have the will to work for it with a positive attitude, success will definitely come.” 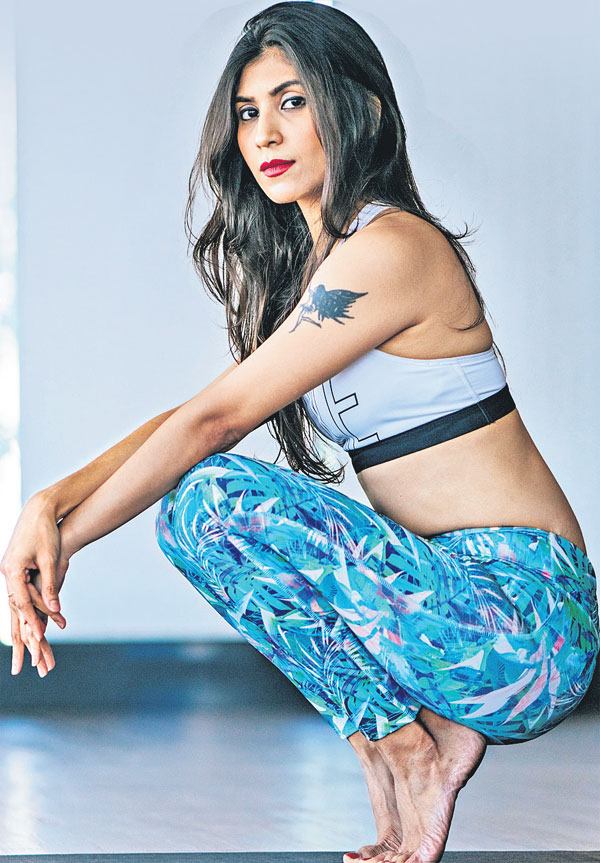 “This happened before Mrs India,” she explains. “I was extremely overweight after my delivery and was in depression because of it. And that is when I started with fitness. What started with yoga and dance went on to proper fitness regimens and that helped me come out of depression,” she elaborates.

Plans for the future

The name she earned for herself in the fashion and glamour industry has opened up the world of acting for her. “I have received a couple of offers both in TV and films, but I’m still keeping my options open,” she says with a shrug. “I will continue the kind of work I am currently doing as well, of course, and simultaneously try new things,” she concludes.