Surrounded by caravans and shooting lights is a huge house in Dollar Hills, Manikonda. The beautiful white house in a contemporary design is often mistaken for a set for films or TV serials, but that’s far from the truth. Although the owner constructed the house with an intention of making it his home, he now rents it out for shootings to film industry.

Located on the main road of Jubliee Hills, near Croma showroom, is another house popular as Croma House which is frequently used to shoot daily soaps. Elaborating on this trend of using residential houses and complexes for shootings, Kumar Gee, manager of Victory Visuals, says, “We look out for houses that have a good parking space and are in the vicinity of Film Nagar as it’s convenient for everybody, rather than rent a house in the city outskirts. The person who hunts for a location shows us the house as per our requirements. We sometimes replace the furniture and change the interiors according to the director’s vision, but the production company has to compensate in case of damages.”

Bera Nagababu, an art director in the Telugu film industry, hunts for locations for movies and serials. He was the person who spotted the location for the serial Amrutham while working with Just Yellow Media. “We do not approach owners directly; it works the other way round – they come forward and show interest in giving their house on rent. Since I’m in the industry for 15 years now, we mostly find locations within our groups and customise it according to the director’s need.” 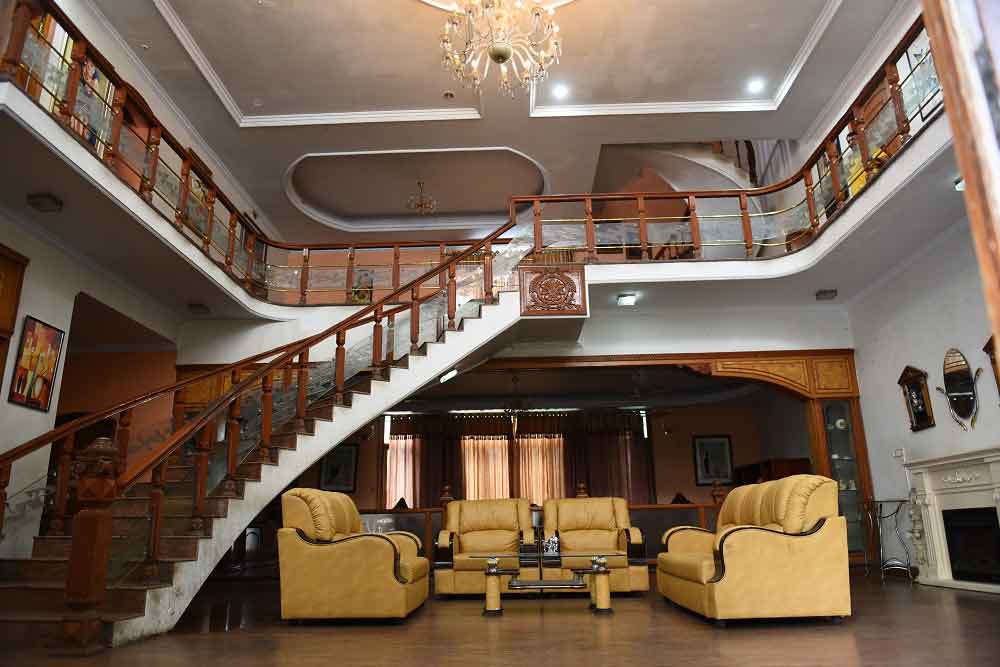 While there are people who offer houses to the entertainment industry to make money, there are also those whose love and passion towards the industry makes them do so. Dr Madala Ravi belongs to this category. Inspired by European architecture, Ravi, who studied medicine in Russia, constructed his house in a European style. But, when directors who attended the housewarming ceremony asked him to rent his house for shooting, he couldn’t refuse.

“We stayed here for a while, before giving it for shooting. I made sure that the house is well-maintained, as I live here occasionally; and when guests come, they stay here. Otherwise, I use it as my office,” says Ravi who charges minimal fare from producers, and turns down new/budding banners.

Want to see how this European-style house looks? Remember the house in the movie Tagore where Chiranjeevi plays with orphan kids, or the house where Missamma (Bhumika Chawla) troubles her employee Shivaji? Yes, that’s the house of popular filmmaker, actor and producer Dr Madala Ravi, a child artiste who was seen in the song Nampally station kada (Erra Mallelu).

The art directors customise the house based on the need. They turn old houses into police stations and fancy buildings into hospitals. So, the next time you watch any location, you know the workings behind the setting.

• The price range of the house varies — it starts from Rs 5000 per day and goes up to Rs 1 lakh per day.
• The maintenance is calculated as per the number of days.
• Apart from the daily rent, electricity and maintenance are calculated separately.