Today’s generation plans everything according to their career, but when we think of people in the ’70s and the ’80s, we see most of them getting married and taking care of household responsibilities quite early in life. This would lead to many taking a step back in their career. However, it’s not the same case with Sailaja Vissamsetti who hails from Machilipatnam.

Balancing family and studying is not that easy, and Sailaja had tried to balance both family and career, but one incident changed her completely. “Sandhya was my family friend. In fact, she was my best friend. Having a friend who understands you is a blessing but I didn’t know what she was going through and suddenly she committed suicide which was a shocking news for me. This had happened because of lack of communication and bonding I feel,” shares Sailaja.

Sailaja believed that education is a path towards success. She chose to chase her dream because she thought it is better late than never. The enthusiastic homemaker started studying when she had grandchildren and completed her Bachelor’s in psychology from Ambedkar Open University. 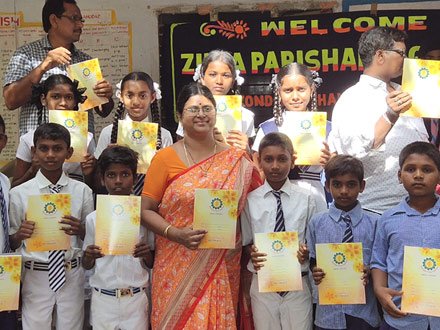 Beyond that, Sailaja wanted to teach something to kids which led to her creating a YouTube channel named ‘Mana Sahajamaina Kathalu’. It’s an audio collection of Telugu stories uploaded on to YouTube which teach moral stories, old stories in a new environment, etc. It would make a person imagine the story while listing to the audio.

“I don’t even have a degree to go and teach people. I got married at an early age, and had two daughters. So, I wanted to contribute more time to make their future bright. After their marriage, I joined beautician courses and soon opened a beauty parlour.

I have learned a lot from my clients as they gave me a lot of information about different topics. After coming to Hyderabad, I found some free time so I pursued law, but I had problems with timings. So, later, I joined family counselling course after my second daughter’s marriage. It’s pure passion which makes me do all this,” says Sailaja. 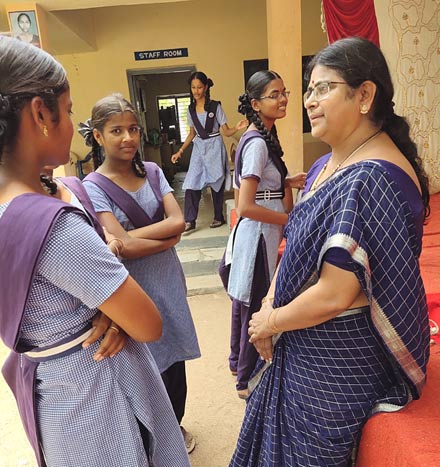 “But, nothing gave me more satisfaction than running an NGO which I had started — Sahaja Foundation is designed in remembrance of my friend… Sandhya + Sailaja = Sahaja. I don’t want anybody to take a drastic step like suicide, so I have visited hundreds of colleges and started counselling this generation about how there is a possible solution for everything; I talk about how life runs and how to balance one’s life,” says Sailaja who understands that adolescent age is very important where a lot of people take wrong decisions.

“I teach things related to menstruation, classes for good behaviour, and awareness about what is right and wrong and how to interact with boy/girls, etc.,” says Sailaja who wants to contribute her talent and effort to motivate people around her and stand s an inspiration.