When the word Mediterranean pops up, all we can think of are the colourful houses by the blue sea, lots of olives and cheese. Everything about it is simply pleasant and exotic, don’t you agree?

Even the Mediterranean cuisine that originates from the Mediterranean basin offers comforting, rich and vegetable dominant diverse cuisine. There is so much to look forward to in this fast-catching up culinary trend that brings flavourful influences of countries like Spain, Italy, Greece, Israel, Libya, Algeria, France, Tunisia, Turkey, Morocco, Egypt and Syria.

With restaurants like Flechazo, Olive Bistro, Spice 6, 4 Seasons, and Casbah offering the best of Mediterranean cuisine – the foodies in the city are delighted with this new culinary trend that never stops teasing their palate.

A lot of us are familiar with Mezze platter, Falafel, Hummus dip, Pita bread, Paella, Pasta and Greek salad. These are probably the most sought-after and known dishes from the Mediterranean cuisine. But, there are dishes like Bouillabaisse (a French stew that has vegetables and seafood), Kabsa Laham (a mixed rice dish with meat), Taktouka (a Moroccan salad that has veggies, fruits and olive oil) and Baklava (a nutty, sweet dessert) that are making their way to the Mediterranean menu now.

Ingredients like chickpeas, couscous, sun-dried tomatoes, olives, cheese, yogurt and pomegranate are used in abundance. A lot of fresh vegetables go into this cuisine, whereas meat is dominated by seafood, when it comes to non-veg. And, even though there are a lot of similarities in terms of the ingredients used across the regions, the dishes vary in taste and preparation method.

Just like their moderate climate – sunny, yet mild, the moderation reflects in the cuisine as well. These are foods that make you feel refreshed and healthy when you eat them. Chef Rishim, executive chef at The Olive Bistro Bar & Kitchen, says, “Mediterranean cuisine is all about comfort and Olive Bistro makes it a point to reflect that in their food, as well as in its ambience.” He goes on to add: “More than the cooking method, it is how the food is preserved that makes this cuisine special.”

Similarly, Chef Varun MB, executive chef at Novotel Hyderabad, says, “It’s a very interesting cuisine, which has a lot of influences from different countries. It has a friendly, and not an acquired, taste, which makes it even better.” 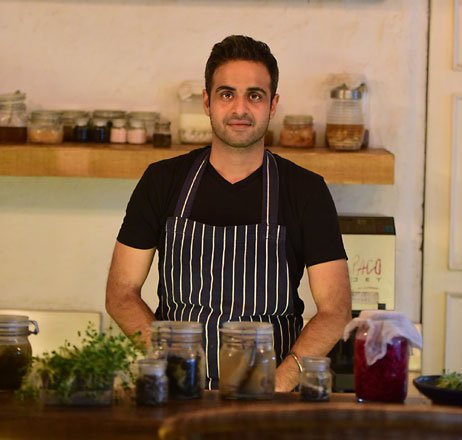