Hyderabad: This was where the Nizams used to spend their time hunting. And now the State’s biggest national park, the Mahavir Harina Vanasthali National Park, is fast turning out to be a popular weekend getaway for Hyderabadis.

While the total park area in Telangana is 19.62 sq km, the Mahavir Harina park, about 15 km from the city, is spread over 14.59 sq km. The 3,758-acre park, popularly known as deer park, has about 1,000 deer and more than 500 blackbucks. There have been sightings of panthers and wild boars apart from civets, porcupines, peacocks, monitor lizards, partridges, kingfishers, kites, vultures and mongooses.

The park, which was inaugurated in 1994 on the 2,500th birth anniversary of Lord Mahavira, was officially declared a national park the same year by the NTR government.  “Despite being in the suburbs of the city, around 10,000 people visit the park every month. Entry fee is nominal. Here, visitors can make use of safari facility,” said Forest Section Officer P Nikhil. 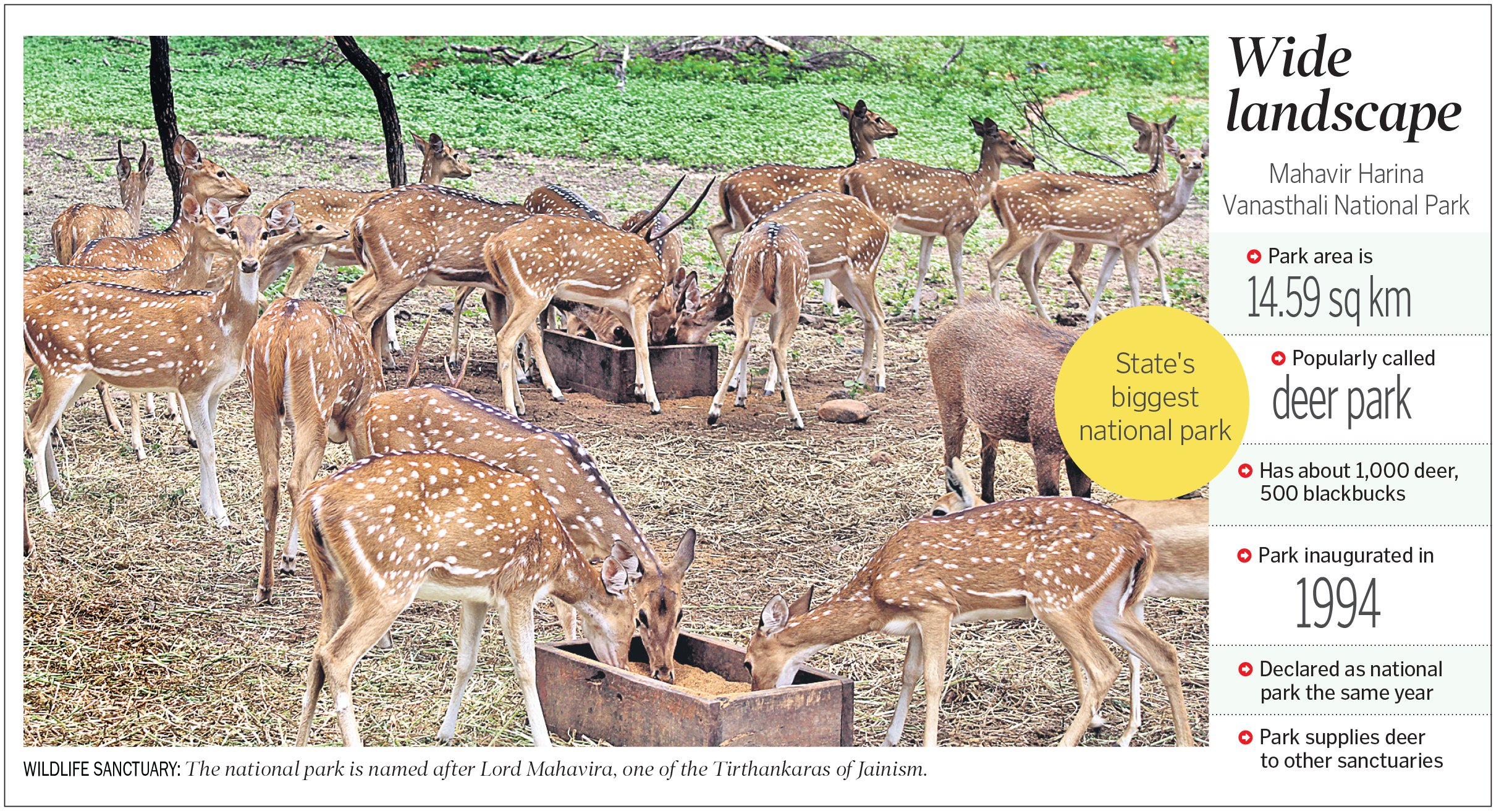 On why the park was not being promoted as a tourist destination, District Forest Officer Ashok said that unlike other parks such as Lumbini or NTR Gardens, this was not commercial. “It aims at conserving biodiversity. Our motive is to educate people about the importance of biodiversity,” he said, adding that the park was supplying deer to other sanctuaries and national parks as well.

With some areas in the park turning out to be favourite spots for couples, misuse of such quiet zones is on the rise. Hence, park authorities are trying to get CCTVs installed in the premises to check such activities.  “We cannot stop couples from entering the park. So, we are trying to install CCTVs. An approval from the higher-ups is awaited,” said Nikhil.

The park is battling a few other concerns as well. One is in connection with a dumping yard abutting the park’s peripheries. Though the yard is not operational anymore, a strong stench from the yard has affected the butterfly population in the park. The delay in completion of a walkway too is keeping the park officials tense. “Due to demonetisation, contractors have been facing an acute cash crunch and are unable to pay wages to labourers. This has delayed the works, but it will soon gather pace,” officials said.