Singapore is often considered a successful model of affordable housing in Asian cities. In the 1960s, it had one of the largest slum settlements in the world. Until 1989, Singapore had manual scavenging for cleaning the night soil. The Housing and Development Board (HDB) of Singapore was launched in 1968 with the intention to provide home ownership to inadequately housed people, including immigrants. Today, Singapore has successfully scaled up and provided housing access to the urban poor apart from having one of the most advanced sewage and water distribution systems in the world.

Social security and housing policies in Singapore were an integral part of a wider commitment to promote economic development. The HDB housing complexes are non-gated communities with green spaces where the focus is on community living and sustainability. Almost 80 per cent houses in Singapore belong to HDB social housing, with over 90 per cent residents owning their homes. While many researchers, policymakers and practitioners consider Singapore as a success story in terms of social housing, sanitation and water projects, many fail to consider the emphasis on communal harmony that has been the hallmark of the Singapore social housing story.

After attaining independence in 1965, Singapore was marked by racial tensions and riots in the initial few years. There were many incidents of conflicts between the majority Chinese community and the minority Malay and Indian communities. The three major communities resided in their own settlements and there was little intermingling. The ethnic composition of the population hasn’t changed much over the years. As per the 2017 census figures released by the Department of Statistics, Singapore, the country’s ethnic composition comprises about 74.3 per cent Chinese, 13.4 per cent Malay and 9 per cent Indians.

To address the issue of communal strife, the HDB housing complexes played a great role where the housing authority allocated social housing dwelling units to Singaporeans in such a way that Chinese, Malay, Indians and other communities had to live close to each other in the same apartment blocks, using the same neighbourhood services. Their places of religious worship were built next to each other in these apartment complexes, they had to send their children to the same school in the vicinity, use the same departmental stores, cafes, MRT subway, buses, recreational spaces, etc. All this helped in bringing different communities closer to each other and in understanding each other’s way of life.

The state also took several measures to protect the rights of the minorities. All this led to a near elimination of ethnic conflicts in the country. Today, Singapore is one of the most peaceful countries in the world apart from having one of the best infrastructure, housing stocks, sewage and water distribution systems. Rapid economic development of Singapore is also attributed to social amity and investment in basic services for the people. Thus, Singapore provides a good example of a developmentalist approach to social welfare that successfully harmonises economic and social objectives. 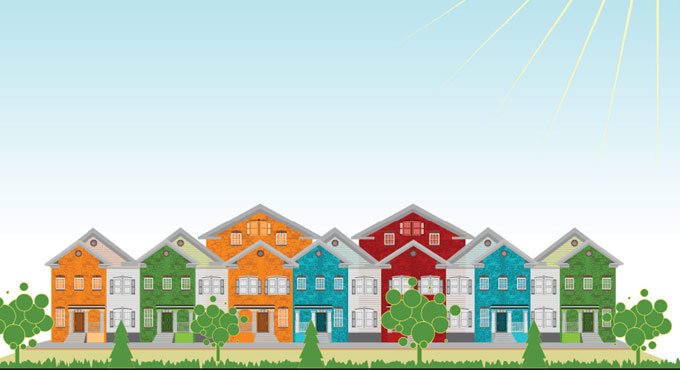 As against Singapore, the Indian urban story is ridden with haphazardly built settlements, slums and squatters, poor management of waste, lack of provision of essential services like water, sanitation and housing. On top of that, we have rampant manual scavenging despite the Supreme Court banning it, resulting in indignity and loss of life for people belonging to Dalit and lower-caste Muslim communities.

Perhaps the most disturbing aspect of housing societies and neighbourhoods in Indian cities is the social exclusion practised by them while selling and renting housing units. As a result, most neighbourhoods and housing complexes in Indian cities are homogenous in terms of their ethnic and social compositions. This leads to ghettoisation and lack of housing choices for the marginalised sections, including Muslims, OBCs, Dalits and other minority communities.

At the same time, homogenous neighbourhoods and housing societies allow little cultural diversity and plurality, making for poor citizenship education and limiting of the social world of the people residing in such gated communities. Further, such exclusions lead to widening of fault lines existing between different communities and lead to a fragmented community of the Indian nation.

So, what lessons can we draw for India from the Singapore social housing experiment? Firstly, provision of housing should be seen as a social good rather than leaving it exclusively to the market. The state should invest in providing quality and affordable housing to all the citizens so that they can benefit from their living environments in order to contribute meaningfully in the economic, social and political life of the country. Secondly, employing state-of-the-art technology to improve sewage and water distribution systems in the cities apart from eradicating manual scavenging should become the topmost priority of the policymakers, bureaucrats, political leaders, business community and civil society organisations.

It’s a shame that apart from the Indus Valley Civilization settlements, India as we know it never had full coverage of sewage and water facility for its residents in the last 3,000 years! If we aspire to become a superpower and a developed economy, we cannot circumvent the issues of water, sanitation and housing for all our residents. Lastly, and most importantly, we must make our neighbourhoods and housing complexes inclusive and representative of our demographics, in much the same way as Singapore has been able to, through the HDB housing complexes.

Heterogeneous, diverse and multi-cultural neighbourhoods and housing complexes inhabited by people from different castes, religions, regions, linguistic communities and sexual orientations should become a part of the official housing policy in India for both public and private sectors. Among the residents, this would develop better appreciation of various cultures and promote exchanges between them, enhance understanding of the issues faced by various marginalised communities and help in forging solidarities between them, allow free intermingling and intermixing of various groups of the population, and make for well-informed citizenship education for the younger generations. All these measures will help in broadening the cultural outlook of the urban dwellers, which in turn will lead to strengthening of the secular, pluralistic and multi-cultural fabric of the nation.