The Perils of Being Moderately Famous

What is it like to be known as Mansoor Ali Khan Pataudi’s daughter, to have a mother as famous as Sharmila Tagore, to be recognized as Saif Ali Khan’s sister or as Kareena Kapoor’s sister-in-law? Where do I stand among them? 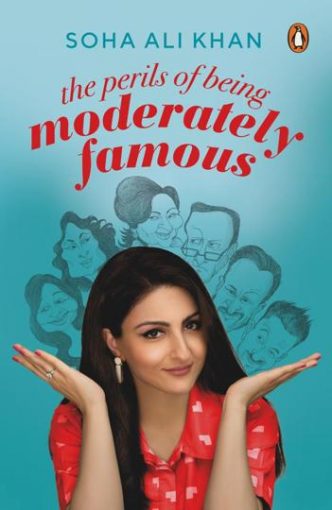 Actor Soha Ali Khan’s debut book is at heart a brilliant collection of personal essays where she recounts with self-deprecating humour what it was like growing up in one of the most illustrious families of the country. With never before published photos from her family’s archives, The Perils of Being Moderately Famous takes us through some of the most poignant moments of Soha’s life-from growing up as a modern-day princess and her days at Balliol College to life as a celebrity in the times of social media culture and finding love in the most unlikely of places-all with refreshing candour and wit.

Having featured in films like “Rang De Basanti”, “Tum Mile” and “Go Goa Gone”, Soha has come up with her debut book titled “The Perils of Being Moderately Famous”, in which she talks about how she is not “really” in the league of her family members and yet not being “entirely anonymous.” Soha told to IANS that even though she was drawn to the acting world, there was always an emphasis on education in her family. “Especially in my mother’s side of the family, my mother’s mother had a master degree, which was very rare at that time for a woman. Education has always been prized in our family,” said Soha, whose mother Sharmila is related by birth to the famous Tagore family of Bengal.