The world is again in the midst of a great power competition, a competition that has the potential to cascade into conflict or worse, catastrophe. The territorial disputes are widespread and both in the terrestrial and maritime domains. The re-emergence of China as a global power is reshaping associations and alliances with smaller and mid-sized powers feeling squeezed between China and the US.

What is increasingly clear though is China aims to dominate Southeast Asian politics through its asymmetric economic relations with its neighbours. China is effectively using its economic prowess for meeting its political and territorial goals.

Since its re-emergence as the dominant economy in the region, China has been laying claims on many territories through its domestic legislations and invention of historical claims. The effectiveness of domestic legislation by China in terms of securing its claims in the South China Sea and the East China Sea is, however, debatable.

Many such claims aren’t recognised by international bodies and courts such as the Permanent Court of Arbitration (PCA). The most prominent Chinese claims in the South China Sea were ruled as not legal by the PCA in a case drawn upon by the Philippines in July 2016. China is using domestic legislation to expand its exclusive economic zones by creating municipalities at the edge of the South China Sea, which gives a legal foundation for the exclusive economic zones: again, the effectiveness of the method is debatable as it has not been tested.

The parallel here can be drawn to compare the control through domestic legislation between the Chinese claim on the South China Sea and Japanese control of the Senkaku Islands. Japan has controlled the Senkaku Islands for over a century now and there is continuity via coast guard and environmental management in that control, mostly and mainly through domestic legislation and international partnership; no such continuity of control with regard to Chinese claim is existent on the ground in the South China Sea.

The invention of historical claims by China as a tool for foreign policy is even more debatable and problematic. To analyse this, one must turn back the pages and search in history any signs of claims of sovereignty by China over the island territories in the South China Sea; no such claim can be found.

Bill Hayton, in his book, “Invention of China” writes about how during the Ching (Qing) Dynasty, China showed no interest in the island formation in the South China Sea, be it the islands neighbouring Indonesia, Vietnam or the Philippines. There is clear evidence in history of how Japan and Japanese business interests used the islands for collecting nitrates. 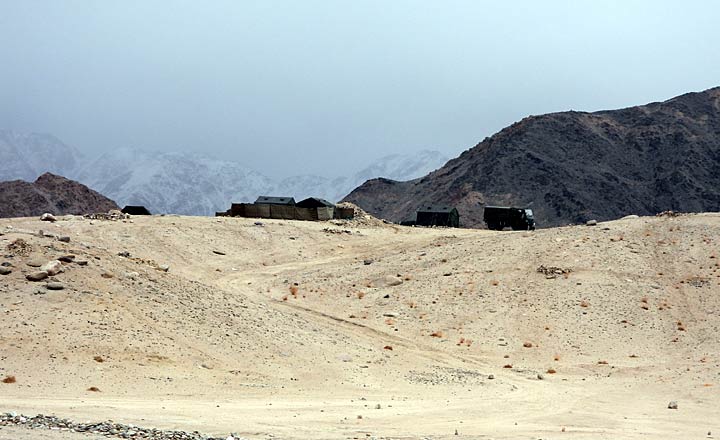 The territorial claims for most nations come after World War II be it Brunei, Indonesia, Vietnam or the Philippines, as they developed strong national borders under one government after gaining independence. These countries were colonies prior to World War II and thus to trace their sovereign claims to these territories is difficult.

The UNCLOS treaty signed by 117 states which sets the 200-mile limit for exclusive economic zones gives these countries a claim over the island formations in the South China Sea. UNCLOS, however, is not ratified by the US, giving it a loose footing to enforce any such binding on China.

The Asean (Association of South East Asian Nations) can play a significant role in resolving the territorial issues in Southeast Asia, but since it doesn’t have the legal capability to challenge and enforce its decisions on China, it has till now not played any decisive role.

In the 2014 Asean Summit, a consensus was developed to issue a joint statement with regard to territorial disputes. However, Cambodia declined to join the consensus statement after influence from Beijing resulting in no joint statement being adopted. This fracturing of Asean unity is mainly achieved through aid and development promises.

With most of the Asean states not claimants in SCS disputes, China has a free hand in manipulating the decision-making capability of Asean. The Asean members hold mixed views about China, some members perceive China as an economic opportunity and think that China is critical for the development of Asean member states, while some others see China as a state having hegemonic interests. Thus the relationship between China and Asean will always be challenging.

The main problem is the power asymmetry between China and Southeast Asian states. The countries in the region are constantly seeking strategic autonomy to resolve the South China Sea issues peacefully and effectively. The pattern we are seeing at the individual level is to bring in the extra-regional powers to the region to enhance human capital and other capabilities so that they can push back unilaterally against some of the more assertive behaviour of China.

Japan’s role is even more important when it comes to Chinese maritime militia (fishermen boat strategy). The militia is trying to instigate escalations allowing China to build an image wherein it is seen as playing a defensive counter. The militia is used to build pressure on the states. China has already occupied some features in the South China sea using these militia forces. The militia move in and out of the sovereign boundaries of other nations and every such movement is a planned part to build on Lawfare strategy eg, in the case of Senkaku islands.

To counter China in the South China and the East China Sea, US-led FONOPs (Freedom of Navigation Programs) are trying to build a significant naval presence. The US maintains a regular presence for 365 days a year in the region. The effect of this permanent presence is that China feels increasingly uncomfortable and, in response, is pursuing the strategy of escalating with other US allies.

The naval cooperation and joint exercises in the South China Sea and other parts of the Indo-Pacific are threatening to China, especially when French and Canadian natives are also getting involved.

The Quad and Quad-plus like cooperation is the way forward. However, this could lead to catastrophe if the management maritime system and communication channels are not established. China has to adjust to the presence of the power in the South China Sea and the US and allies have to work to keep Chinese assertive behaviour at bay while avoiding accidental conflict.

(The author is a senior Associate Professor at the International Christian University in Tokyo, a fellow at the Canadian Global Affairs Institute and a Visiting Fellow with the Japan Institute for International Affairs)