Numerous fans and close friends in the Telugu movie industry know it for a fact that there is none to fill the shoes of actor Jaya Prakash Reddy. A master in portraying self-deprecating characters on-screen, JP was an expert in playing villainous roles with equal aplomb. Be it the gutsy and ruthless Rayalaseema factionist Veeraghava Reddy in Balakrishna’s Samarasimha Reddy or meek and subdued character of Chitti Naidu in Ram Pothineni’s Ready, the characters that JP had played have had a lasting impact on Telugu audiences. 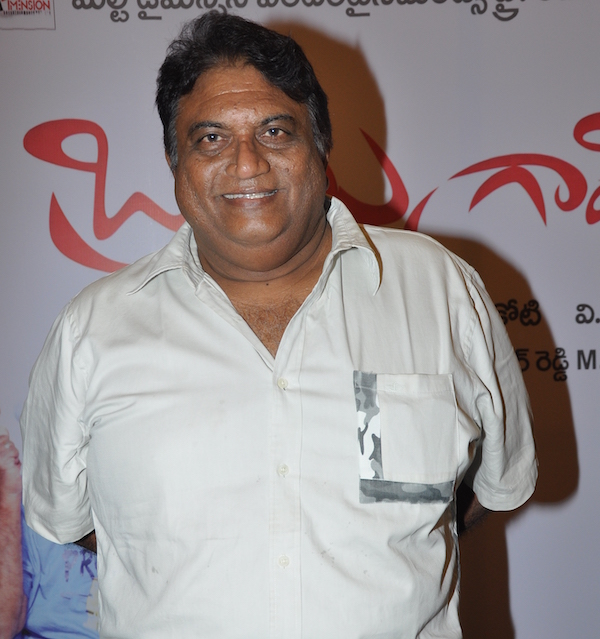 A BEd graduate, JP had been always wanted to be a teacher all his life. But because of his interest in the theatre, JP was drawn to the Telugu silver screen while working as a lecturer. As a young boy, JP had a chance to travel to the interiors of Rayalaseema region as his father was a police officer. Thus, in several interviews, JP admitted that he used to pick the local dialect of the region whenever he had a chance to tour Kurnool, Anantapur, Kadapa and Nellore districts in Andhra Pradesh.

Having contributed devotedly to the theatre as a stage artiste since his college days, JP made his entry into Telugu cinema with the Dasarai Narayana Rao directorial Brahma Puthrudu in 1988. Although, he had fetched good character roles in movies like Shatruvu, Lorry Driver, Bobbili Raja, Chitram Balare Vichitram, and Jamba Lakidi Pamba, the actor came to limelight with Preminchukundram Raa movie in 1997. There was a time when no movie in Telugu would go on to the sets without the inclusion of JP given the craze and popularity he earned over the years.

“We first met in 1989, and since then we both have been friends for 35 years. More than cinema, his heart always vibrates for theatre and stage plays. Many times, he used to say that he has a dream to bring back the ailing theatre to mainstream entertainment. He had this knack to pick local dialects wherever he travels in the Telugu States. And if Rayalaseema dialect is popular today, JP should be credited for it,” said senior actor Ali.

After entertaining Telugu audiences for over two decades, JP had consciously decided to bid goodbye to the industry and pack his bags to return to his hometown Guntur last year. However, pleased by director Anil Ravipudi’s gesture, he agreed to act in Mahesh Babu-starrer Sarileru Neekevvaru. Just before that, JP wrapped up the shoot of a small-budget movie.

Even though he appeared in just two scenes in Sarileru Neekevvaru, the whistles and roars from audiences would suffice to showcase the respect and admiration that an actor could get. “My association with JP garu has always been special. He’s been a part of almost all my films. He treated me like one of his own and used to talk with lots of love. I will surely miss him dearly. Rest in peace sir. You are irreplaceable as an artist and person,” tweeted Anil Ravipudi.

Recalling his association with JP, Megastar Chiranjeevi said that Khaidi No 150 was the last movie that he shared the screen with JP. “ ‘Theatre was my mother who gave me birth, cinema is my mother who fed and nurtured me,’ these were the words I used to listen frequently with JP garu,” he tweeted.