Whatever be the year or time of the year — if there’s something that can never get boring, it’s watching films! No matter what, films from our favourite stars don’t fail to entertain us. Now that the industry is all geared up with its releases for new year in general and Sankranti in particular, let’s take a look at the major movies hitting the screens this year.

Let us begin with January. This month is popular for being a festive and holiday season. In fact, compared to the other festivities, people watch a lot of movies during Sankranti and the competition among the films is tough. We have NTR’s biopic Kathanayakudu on January 9, Vinaya Vidheya Rama and F2-Fun and Frustration is releasing on January 11 and 12 respecitvely, while Akhil Akkineni’s Mr Majnu is coming out on January 25.

Surprisingly, as of now, there are no releases for the month of March. We have to wait to know whether filmmakers and actors would be throwing any surprises on us. Though it is not confirmed or official, news that Prema Katha Chitram 2 is releasing on March 8 is doing the rounds.

So, the month of April opens the summer slots for big movies and for the next three months, many films will be readying for release. 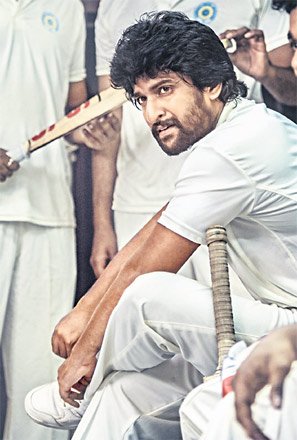 If you are a Mahesh Babu fan, then, April is going to be your favourite month. Maharshi, a Vamsi Paidipally directorial, is releasing on April 5. The second look of Mahesh from the film was unveiled recently as a New Year surprise. Next arrives Nani in the list. His upcoming film Jersey, in which he plays Arjun, a cricketer, is slated for release on April 19. If everything goes well, Naga Chaitanya and Samantha are going to hit the theatres with their Majili.

In May, as of now, Ram Pothineni and Puri Jagannadh are going to hit the screens with their commercial entertainers. It is also said that Vijay Deverakonda’s Dear Comrade and Sai Dharam Tej’s Chitralahari might also release in the same month.

While there are many films which are being shot in Telugu now, many of the makes haven’t announced their release dates as yet. So, if they are looking for some good dates, June and July seem to have some good slots as of now.

Saaho, one of the most-awaited films of the year, is releasing in the month of August. Even Sye Raa, a Chiranjeevi-starrer, a biopic on Uyaalawada Narasimha Reddy with its huge star cast, might release in the same month. Of course, the filmmakers are yet to confirm the date of its release. Let us wait and watch what is in store for Telugu movie buffs in the second half of the year.