‘Mentalhood’, a series of ALTBalaji and ZEE5 which has just started streaming, will take you on a small adventure ride. In a way, the show depicts the present situation of all mothers. The web series stars Karisma Kapoor who makes her digital debut. 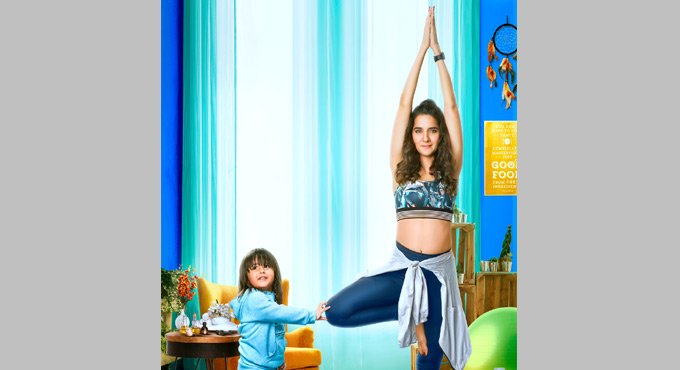 Shruti Seth plays the character of Diksha, a yoga teacher who has her own bittersweet parts of life. A super healthy mom who follows a diet, she surely gives solid yoga sessions. Talking about the series, Shruti says, “I have a five-and-a-half-year old daughter (in real life); every single scene that is shown in ‘Mentalhood’ has happened at some point of time in our life and I am sure all the mothers will relate to whatever I communicated.

The situations in the web series are pretty much universal to many parents.” “I really enjoyed doing the character as this is so me in reality as well. We all worked like a bunch of friends set to work together. Though Karishma is a star, she was easy-going and we used to chill out on the sets. As most of us are moms, we used to discuss our own children.

We talked about a lot of things; the fact that the audiences have connected so much itself says that we ended up doing right thing, adds Shruti. Shruti rose to popularity for her role as Jiya Malhotra in Star Plus’s comedy series ‘Shararat’, and later went on to feature i like ‘Fanaa’ and ‘Slumdog Mire’, she further became a household name for hosting the television show, Comedy Circus series. I became an actor accidentally.

I was always a shy girl and this was the last thing that I expected to do. I never had to choose; whatever came my way, I accepted,” says Shruti who received her first commercial advertisement project from Tamil Nadu in 2000. Shruti has acted in many commercial ads, TV serials, films.

Ask her which is the most she enjoys, she quips: “In terms of convenience and ease, ads are always good, you come out of the work and they have maximum exposure and they pay very well. I am glad to work in any medium; the condition is I want to do good work.” Shruti is a frequent visitor to Hyderabad as she also hosts many corporate events happening in the city.

She was approached with a couple of Telugu films which did not materialise. “I visited Hyderabad many times on road trips with my parents and remember visiting Salar Jung museum and Golconda Fort,” says Shruti.