Hyderabad: After a good spell of rains in June, the Southwest Monsoon has intensified over Telangana with different areas, including the greater Hyderabad region, receiving heavy rainfall.

The rains, which began in the city from Wednesday night, gathered strength on Thursday with several parts recording moderate to heavy rainfall. Nampally received the highest rainfall of 39.5 mm, followed by Charminar (36.3 mm), Khairatabad (23.3 mm) and Asifnagar (19 mm), according to the Telangana State Development Planning Society (TSDPS).

According to the Hyderabad Traffic Police, areas including the Banjara Hills Cancer Hospital road, the road in front of the High Court Gate No.3, witnessed waterlogging on Thursday morning, while fallen tree branches obstructed traffic for some time at Nampally before the Traffic Police cleared the area. There were complaints of water logging at several points, with traffic policemen seen trying to clear the clogged points. 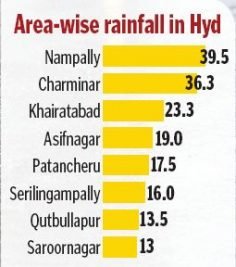 According to the India Meteorological Department, Hyderabad, the month of July, which is when the monsoon peaks, had witnessed excess rainfall including in Hyderabad, Rangareddy and Medchal-Malkajgiri.

“We can expect more rains in August across the State. The rainfall could be above normal in this month,” officials said.

Meanwhile, a weather warning from the Meteorological Department indicated that thunderstorms accompanied with lightning were very likely to occur in isolated parts of Telangana over the next five days. The forecast for Hyderabad said rain or thundershowers would occur towards evening or night in the next three days. 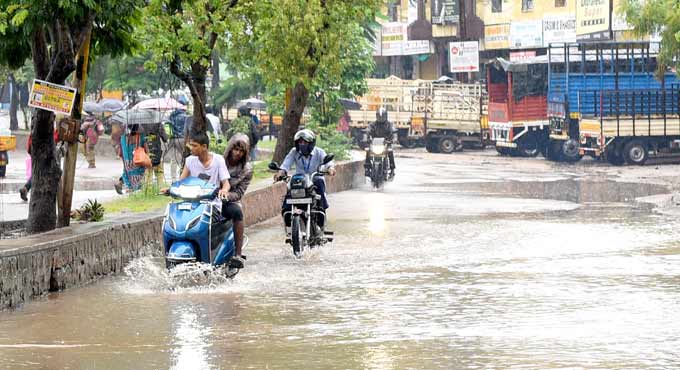