Many of us who have come across the quote ‘History repeats itself’ have viewed it sceptically. After all, we have learnt so much since, and with the advancement in science, the idea that we could return to the Dark Ages seems more laughable than scary.

In the year 1900, the average global life expectancy at birth was 31 years. By 2016, this number had well over doubled to 72 years. While this massive change cannot be attributed to any single discovery or invention, medical experts agree that this would have been unthinkable without the discovery of antibiotics.

In 1900, infectious diseases accounted for 34 per cent of the total global disease burden. Hence, when the first antibiotic, Penicillin, was discovered by accident in 1928, it opened new frontiers for healthcare, and since then, mortality due to infections has seen a steady decline. It is estimated that Penicillin alone has saved around 200 million lives since its advent, and since then over a 100 new antibiotics have been discovered.

These life-saving drugs that we have counted on for over a century have now been put at risk due to rampant misuse and overuse. In humans, unnecessary antibiotic use has been growing due to inappropriate prescription practices, sales without prescription and most commonly, by self-prescription.

Lack of awareness about proper antibiotic use is a major challenge, and practices such as stopping treatment mid-way, have heightened antibiotic resistance in bacteria that cause deadly diseases like tuberculosis. In livestock, use of antibiotics for growth promotion was so commonplace that animal feed came premixed with antibiotics. Given the serious threat this posed, at present, efforts are under way to restrict non-therapeutic use of antibiotics in animals.

However, antimicrobial resistance still remains an unfamiliar concept to most outside of the scientific and medical communities. When Alexander Fleming received his Nobel prize for the discovery of Penicillin, his speech included a warning: ‘There is the danger that the ignorant man may easily underdose himself and by exposing his microbes to non-lethal quantities of the drug make them resistant.’ His prediction had, of course, been right but what he had not envisaged was the rate at which resistance would spread. 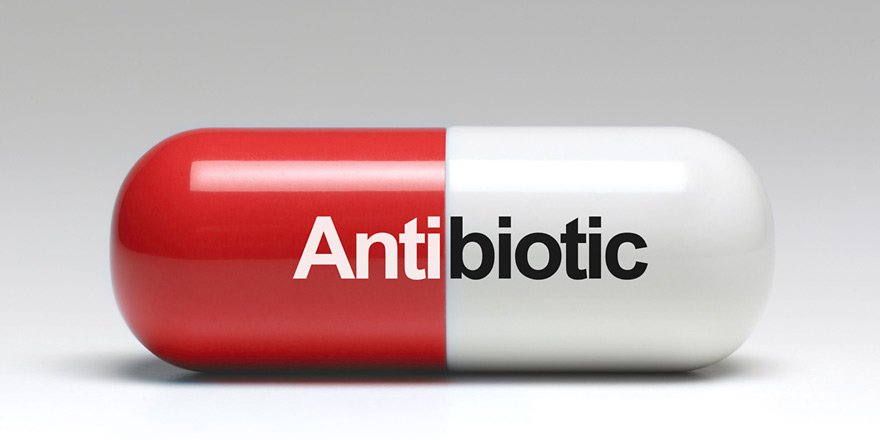 Darwin’s theory of evolution dictates that over a period of time, all species develop traits that will help them survive. The development of these traits can be spurred by mutation. In the case of bacteria, exposure to sub-lethal levels of antibiotics in their environment eventually makes the bacteria resistant to those antibiotics, as a kind of biological safeguard to ensure survival. When these bacteria reproduce, they pass on these ‘resistant genes’ to future generations until that class of bacteria no longer responds to treatment by that antibiotic.

Over the years, many disease-causing microbes have developed resistance, making it hard, or in some cases even impossible, to treat the infections they cause. In fact, as per the AMR Review, an independent study set up in the United Kingdom by former Prime Minister David Cameron, antibiotic resistance may cause as many as 10 million deaths per year by 2050, effectively undoing all the lives saved until now.

Asian countries, including India, are expected to bear the largest AMR-related mortality burden, somewhere in the range of 4.73 million by 2050, due to high rates of antibiotic use and a large manufacturing footprint.

The issue is made complex by the fact that the factors contributing to AMR span across sectors and so it cannot be tackled like other ‘health’ issues. These factors range from antibiotic use in agriculture and livestock, non-therapeutic use in fisheries, improper disposal of expired antibiotics, and inadequate treatment of pharmaceutical effluent from antibiotic manufacturing units.

In 2017, India released its National Action Plan for AMR Containment, which encouragingly took cognisance of the multi-dimensional nature of this challenge and proposed a ‘One Health’ approach. Since then, steps have been taken to restrict antibiotic use in animals, such as the ban on colistin (a last resort antibiotic for human use) in animals, poultry and aquaculture. The Food Safety and Standards Authority of India (FSSAI) too has regulated maximum permissible limits of antibiotics in meat products which will likely restrict their use in food animals.

Recently, in response to a question raised in the Rajya Sabha, the Minister of State, Ministry of Environment, Forests and Climate Change stated that the waste from pharmaceutical units as well as that from hospitals if not disposed of scientifically can result in antimicrobial resistance. Keeping this in mind, the Central Pollution Control Board has been working on drafting environmental standards for pharmaceutical industries, which will include limits on antibiotic residues. The Indian government’s proactive stance on this will likely make our country the front-runner in regulating antibiotics in industrial waste — a much-needed move given our position as one of the world’s largest antibiotic manufacturers.

As Fleming had predicted, antimicrobial resistance is an unavoidable eventuality but if concerted action can be taken immediately, it may be possible to make our antibiotics last longer before they become ineffective. By pushing this timeline for as long as we can, we may be able to buy some precious years for pharmaceutical R&D companies to develop new antibiotics to replace the ones we lose to resistance or perhaps, to even create technology that can reverse resistance.