Credit card-cum-personal loan sales pitch is ubiquitous these days. You almost invariably face it when you visit a shopping mall or sign in to your mail box or answer your phone.

But why do banks try hard to persuade us to apply for one more credit card or get one more personal loan? It is because the consumer credit business is highly profitable.

In this rampantly consumerist society, a person’s status is judged by the kind of products and services s/he uses, and conspicuous consumption is admired. Business corporations invent new needs regularly and release new products that supposedly meet those needs.

Moreover, leaders and economists, who are obsessed with the GDP numbers, keep prodding us to shop more to promote consumption-led growth. So a large chunk of society, especially urban dwellers, has transitioned from ‘save and invest’ mode to ‘borrow and spend’ mode. 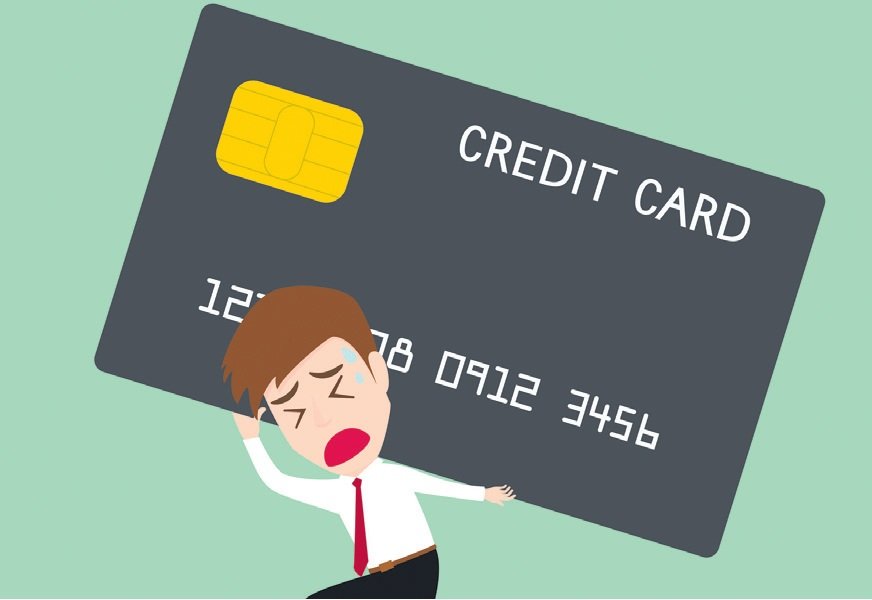 It appears that this neo-liberal world runs on perpetual debt. The availability of cheap money is the most important hallmark of this economic system.

The laissez-faire capitalism, epitomised by jobless growth, proliferation of sweatshops, technological unemployment and marginalisation of the working class, empowers the rich to turn super-rich and entraps the poor in perpetual impoverishment.

The sum total of all the above things is concentration of economic power in few hands and reduced purchasing power for the rest. So the only way politicos and plutocrats can push consumption spending and thereby GDP numbers up is by promoting credit-fueled consumption.

Many governments, including India, are paying a lot of attention to supply-side economic policies such as corporate tax cuts and deregulation combined with fiscal rectitude, in the expectation that those measures will increase investment and economic activity.

But they are increasingly turning a blind eye to jobless growth, and resultantly, the wages of the working class are either getting flattened out or going into a downward spiral.

Ignoring this fact, they are blindly moving ahead with robotic automation. They might be feeling that the humanoids can better serve their interests than the ‘emotion-afflicted and union-infested humans’. The problem, however, is unlike humans, humanoids don’t have any wants, and, therefore, can’t spur consumption-led growth.

Marx had predicted that capitalism will meet its end when the owners of big capital, in their greed for more profits, will squeeze workers’ wages until they lose their power to purchase the goods they created.

The unceasing exploitation and marginalisation of the working class and the resultant deterioration of their purchasing power have created a ripe situation for the collapse of neoliberalism. However, plutocrats who have a lot at stake in the preservation of the system, are inventing ingenious methods to postpone the collapse, and credit card is one among them.

Banks, from time to time, come up with various offers to tempt the people to get their credit cards. They like customers who pay minimum dues and never repay the original amount due. This results in middle-class and lower middle-class getting stuck in perpetual debt and investors of banks and credit card companies getting even richer.

In a way, credit cards play a vital role in facilitating the ‘gush up’ effect where money travels up from the middle class into the hands of the rich to further widen the economic inequalities.

The urban middle-class in India appears to be going on a credit-fueled spending binge. According to the monthly data released by the Reserve Bank of India, the outstanding credit card loans increased 39% year-on-year to Rs 59,900 crore in September 2017, while the overall retail loans rose 16.8% year-on-year to Rs 17.5 lakh crore.

Indebtedness has been a constant companion of rural India, where an overwhelming majority of the households still depends on agriculture for their livelihood.

According to India Spend, “nearly 70% of India’s 90 million agricultural households spend more than they earn on average each month, pushing them towards debt, which is now the primary reason in more than half of all suicides by farmers nationwide”.

The government, instead of working towards improving the farmers’ lot and providing them with remunerative prices, issued Kisan Credit Cards  (KCCs) to them, implying that farmers don’t have any other way except depending on debt. With the prospects for an increase in farming incomes thinning, all this debt may some day end up turning into NPAs.

Most economists today, however, enthusiastically advocate policies that facilitate credit-fueled instant gratification of wants. While this will ultimately benefit the rich, it hits sustainability and inclusiveness hard.

Henry Hazlitt, considered to be one of the most important public intellectuals of the 20th century, stated, “the art of economics consists in looking not merely at the immediate but at the longer effects of any act or policy; it consists in tracing the consequences of that policy not merely for one group but for all groups”.

(The author is a former Associate Professor)