Hyderabad: The year 2020 was a difficult one for the Hyderabad City Police, with the police personnel risking their personal safety and coming onto the roads to fight the virus apart from tackling crime. And the hard work and efforts have paid off. The number of grave offences cases like murder, murder attempts, rioting and kidnapping have come down in the city following the various initiatives taken up by the City Police.

City Police Commissioner Anjani Kumar said the police were ensuring that the culprits got punishment from the court as a deterrent for others. Regular meetings were held with all ranks of officials to ensure that court cases were followed up seriously.

“We are invoking the PD Act against notorious offenders to see that the public is safe. Similarly, we are also seeing that the trial is speeded up and all necessary evidence is placed before the court to ensure conviction of the offender,” he said, adding that the City Police had introduced a dynamic patrolling system, which was closely being monitored from the headquarters. 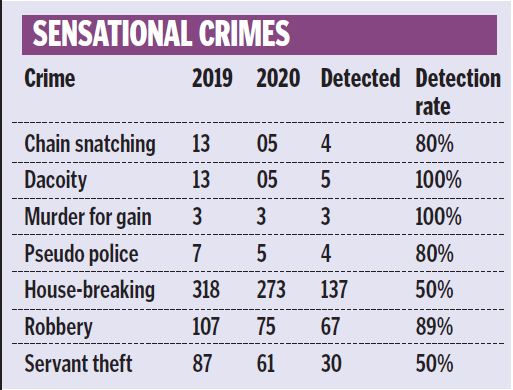 “Several initiatives are being taken to reduce crime in the city. Point-books kept at several places in the police station jurisdictions are checked by senior officers regularly,” he said.

Tarun Joshi, Joint Commissioner of Police (Special Branch) said the police invoked the PD Act against land grabbers and cyber-criminals for the first time in 2020.

“This is the beginning and we will invoke PD Act against offenders/criminals who are creating a sense of insecurity in the minds of the people,” he said. 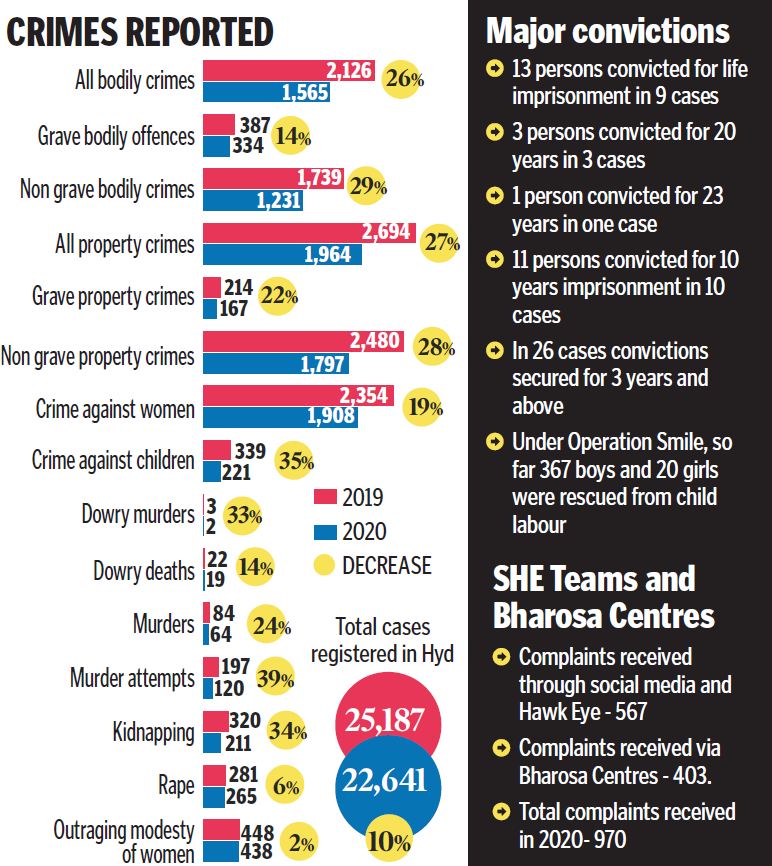