Medak: Medak MLA, Padamadevendar Reddy has clarified that she was not infected with Coronavirus as a fake news clip was widely circulated in social networking sites across Telangana.

Her personal assistant and followers have lodged complaints in different police stations in Medak district on Tuesday urging action against those spreading false news on social media platforms. The news clip was designed using V6 new channel logo though the news channel did not carry any such news. 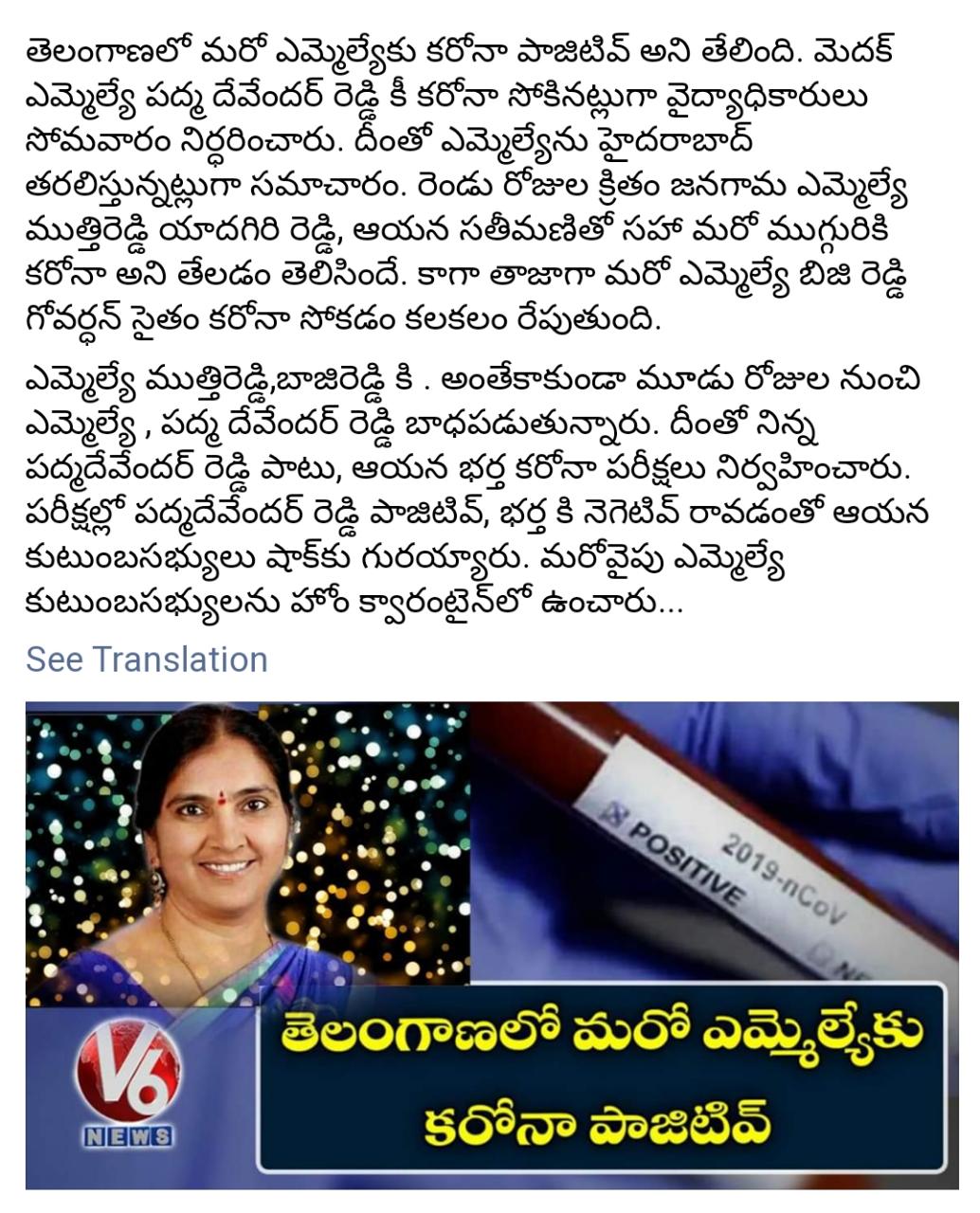