The outrage over the Central government’s decision on May 23 to ban the sale of cattle for slaughter is growing ominous by the day. Though Christians and Muslims — generally known to be beef-eaters — are expectedly livid across the country, the Hindus, Dalits in particular, are no less furious.

Bulls, bullocks, cows, buffaloes, steers, heifers, calves and camels come under the cattle category as per the Environment Ministry’s Prevention of Cruelty to Animals (Regulation of Livestock Markets) Rules, 2017.

Beef is a regular food in Kerala and Northeastern homes. Tamil Nadu transports cattle for slaughter to Kerala from Pollachi in hundreds of trucks every week. In other southern States such as Telangana, Andhra Pradesh, Karnataka and Puducherry too, poor families among Christians, Muslims and Hindus consume beef regularly. ‘Kalyani biryani’ means beef biryani in Hyderabad.

The brutal ‘gau rakshak’ attacks on persons taking cattle for sale have been happening in north India where beef-eating people are in a minority. The Hindus in the north are predominantly vegetarians. 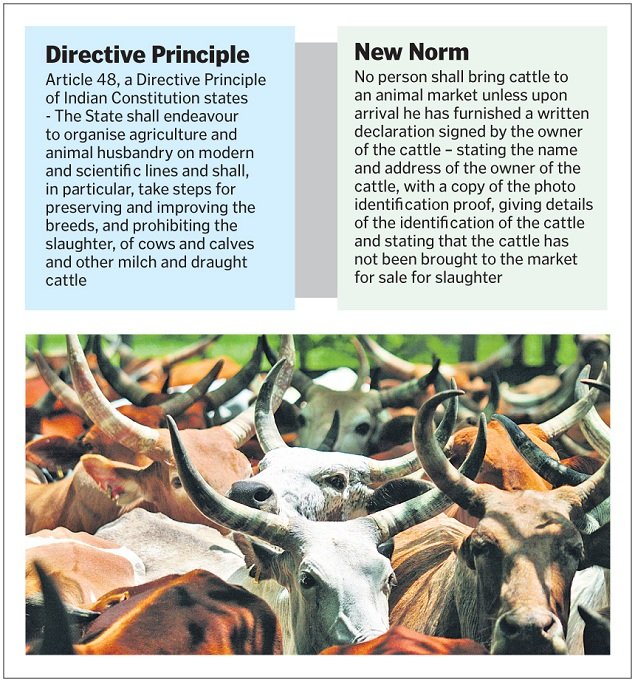 All for Cow
Though Article 48, a Directive Principle of the Indian Constitution, exhorts to “take steps for preserving and improving the breeds, and prohibiting the slaughter of cows and calves and other milch and draught cattle”, there were slaughter houses doing reasonably good business in the country right since Independence. This Article was not followed completely in any State and the cattle not suitable for ploughing and dairy farming was brought to the slaughter houses by farmers or middlemen.

In 1966, several Hindu organisations launched an agitation to demand a ban on cow slaughter with the Shankaracharya of Puri fasting for it. Then Prime Minister Indira Gandhi refused to accept the demand. Many agitators were killed and Home Minister Gulzarilal Nanda resigned taking responsibility for the failure of the administration to maintain law and order.

Cow politics has reared its head again now, especially because of lack of clarity in whether or not the ban on sale of cattle is in concurrence with a ban on slaughter and consumption of beef.

The issue was not raised even when Atal Bihari Vajpayee was the Prime Minister between 1996 and 2004 for three non-consecutive terms, although there was a petition against cow slaughter pending in the Supreme Court.

In 2005, the apex court upheld the Gujarat government’s 1998 order to ban the slaughter of cattle over the age of 16 years. The verdict in the long-drawn case prompted Narendra Modi, then Gujarat Chief Minister, to say: “The verdict is significant and will have a national impact”.

The Reactions
Opposition parties are going to town with allegations that the National Democratic Alliance government in New Delhi is offering tacit support to the ‘gau rakshak’ army, suspected to be backed by Rashtriya Swayamsevak Sangh, to indulge in violence.

As Prime Minister Modi has so far kept mum, Chief Minister of Kerala Pinarayi Vijayan has decided to convene a meeting of Chief Ministers of other States to discuss the ramifications. Vijayan is also mulling the possibility of taking legal recourse against the ban.

The Kerala High Court in Kochi has dismissed a case stating in no uncertain terms that there is no law which says there is a ban on cattle slaughter or eating beef. The Kozhikode District Meat Workers’ Association has moved the Kerala High Court challenging the constitutional validity of the notification.

The Rajasthan High Court provided the flip-side with the recommendation that the Centre declare the cow as the national animal (instead of tiger) and increase the punishment for cow slaughter to life imprisonment. Interestingly, the judgment was delivered by Justice Mahesh Chandra Sharma on his last working day which provoked a Congress spokesperson to quip: “He may be expecting a plum post in the government after retirement”.

Matter of Faith
Hindu scriptures have always considered cow’s milk as among the highest form of ‘saatvic’ (pure and hygienic) food. The milk is believed to have a calming effect on the mind. During the Vedic period, pastoral people relied on cow’s milk and dung which came in handy as useful manure. Cow dung and urine were effective disinfectants and people used them for cleaning their courtyards.

Ghee, a by-product of cow’s milk, is used to conduct ‘yajna’ (fire worship), a highest form of prayer for Hindus. The cow and bull are harmless and the Hindus appreciate their soft behaviour and consider them representatives of ‘Dharma’. So, for many Hindus, especially in North India, it’s the holy cow and it is an integral part of their faith.

Source of Livelihood
In Kerala as well as the Northeast, beef is one of the most popular types of meat. Most people in these areas cannot even imagine a life without their favourite beef dish.

Apart from the religious and food habits, cattle is also a source of livelihood for many Indians. In fact, India along with Brazil is the world’s largest exporter of beef. The cow slaughter ban will hit the $4-billion (Rs 25,766 crore) Indian cattle market and ancillary industries hard. An ABC news report stated that this ban would slash India’s contribution to the global beef market by 20 per cent.

The country’s leather industry, which constitutes 13% of the world market, will hit a rough patch. This decision could also trigger huge job loss, and it could get scary, especially when the IT sector is struggling.

So, it’s essential to find a balance between this matter of faith and livelihood. A ‘one size fits all’ approach is unlikely to succeed. 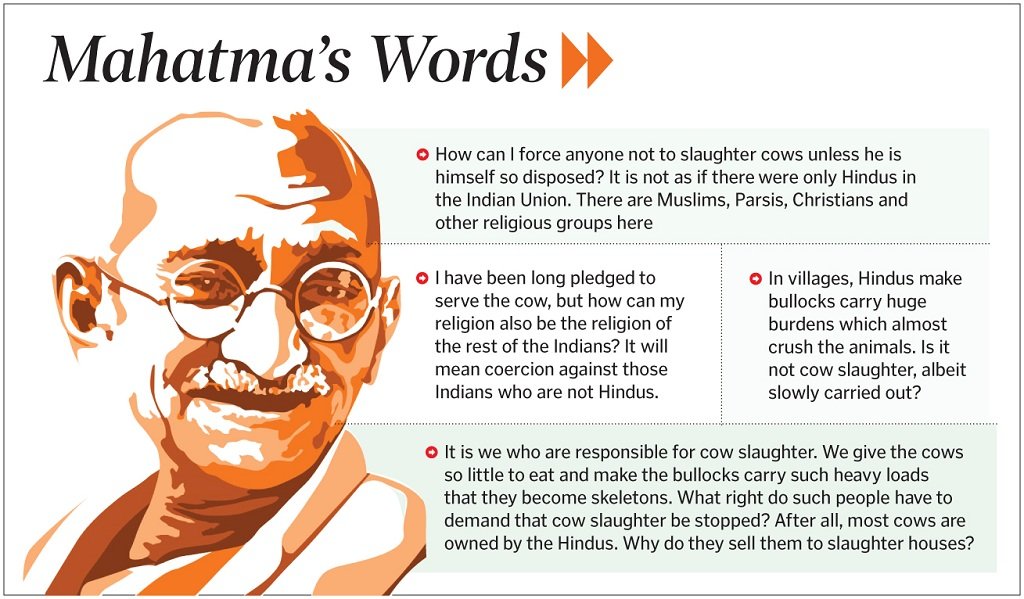