The classic films of ANR like Prema Nagar, Devadasu, Dasara Bullodu, Mooga Manasulu, Missamma can be restored to their finest glory soon, as there is steady raise in awareness on restoring old cinema due to uncertain and unpredictable withering of digital technology.

The Film Heritage Foundation and the International Federation of Film Archive (FIAF) have collaborated with Annapurna Studios in association with Viacom18. Speaking on the sidelines of 5th Film Preservation & Restoration Workshop India 2019, Akkineni Nagarjuna expressed his happiness in associating with the think tanks of the industry in a step towards preserving India’s cinematic heritage.

“It is my responsibility to restore the entire gamut of my work and my father Akkineni Nageswara Rao’s treasure for the next generation. I had an experience of trying my hand at restoring my cult film Siva sometime back. But, somehow, we could not bring back the original shape of it. But now, I am confident that we can restore the vintage films of that era more efficiently in a scientific manner post workshop. 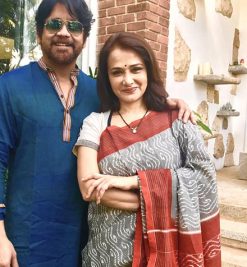 We would also soon plan to hold a round table conference with Telugu producers and directors to discuss the restoration of cinematic heritage,” Nagarjuna added. Founder of Film Heritage Foundation, Shivendra Singh Dungarpur, said the workshop is aimed at teaching students and aspiring filmmakers on film preservation, digital preservation and everything related to celluloid.

Expressing concern over the digital uncertainty, Shivendra said that there is no proper format of preserving digital content. “People are not aware of the nitty-gritties of digital luring at this current juncture. For instance, if I transfer my product (say movie) on to 4k resolution today (horizontal display resolution), all the theatres are going to adopt 8k tomorrow. The technology is ever-changing,” he says.

All the digital platforms like Netflix and Amazon Prime are also going to move accordingly in future. “So, today, if you have a product with digiBeta or a low resolution, you cannot play it on the Nextflix. The 4k cannot be upgraded to 8k as well. One has to go back to the actual source that is celluloid which is also called cinematographic film. It is worth 24k of resolution,” he adds.

Sharing some more insights, Shivendra says: “George Eastman, who founded the Eastman Kodak Company, has a Telugu archive in the USA. They wanted the original print of Telugu blockbuster movie Magadheera.

When I had contacted director SS Rajamouli and producer Allu Aravind through email, I got to know that they just have a DVD copy. I could not find a single Telugu print. Later, I happened to find a copy of Tamil print, but not Telugu. That was the plight. The lifespan of hard disks is not more than five years,” he added.

Director of Annapurna International School of Film & Media, Amala Akkineni who was among those present during the event, hailed the efforts of Film Heritage in preserving and restoring more than 300 films. Sudhanshu Vats, Group CEO and MD, Viacom18, expressed his happiness to be the part of the initiative. “There is no commercial intent behind the initiative. It is just to spread awareness among film lovers. Cinema is an integral part of our country’s cultural DNA and we owe it to our future generations to pass it on,” he added.