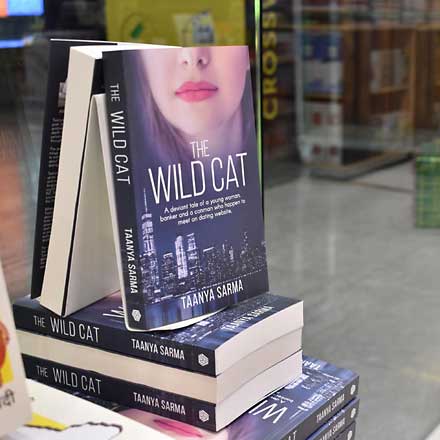 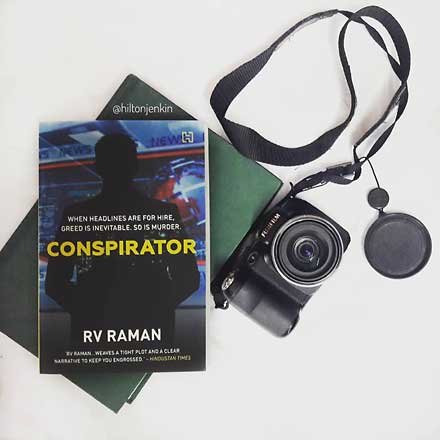 Murder strikes in the midst of a private party hosted by a media mogul in Coorg, sending shockwaves through its influential guests. When Inspector Dhruvi Kishore arrives at the scene, she finds, to her consternation, that some of her suspects — prominent politicians, businessmen, a blackmailer and a purveyor of fake news have fled. She pursues them to Delhi, only to find herself drawn into the bewildering world of fake news, paid news and tailored news. Fighting against forces trying to shut down her investigation, Dhruvi struggles to weed out the truth from a web of well-constructed lies before time runs out.

Revealing a world where ethics are scarce and lucre is abundant, Conspirator weaves a thrilling tale about how the people who uncover others’ secrets often have the most to hide. Conspirator is the fourth novel in RV Raman’s corporate thriller series that explores white-collar crime in India. 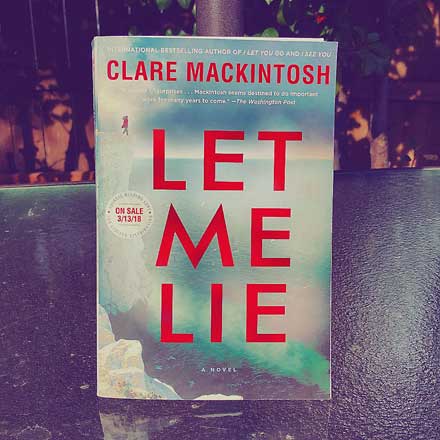 One year ago, Caroline Johnson chose to end her life brutally: a shocking suicide planned to match that of her husband just months before. Their daughter, Anna, has struggled to come to terms with their loss ever since.

Now with a young baby of her own, Anna misses her mother more than ever and starts to question her parents’ deaths. But by digging up their past, she’ll put her future in danger. Sometimes it’s safer to let things lie. 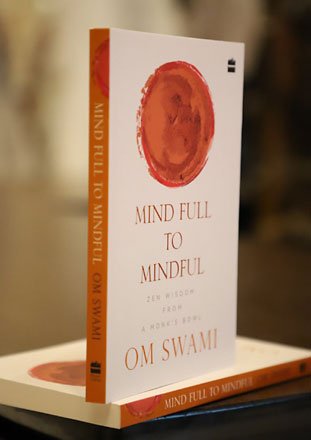 Many of us struggle to remain calm during the day or to fall asleep at night. Our restless, treacherous minds make us feel good one moment and terrible another. From where does negativity and anguish engulf us and how to go about being serene and peaceful?
Zen shows us the art of attaining that inner quietude without rituals or dogma. It is about seeing beauty, bliss and truth in our everyday life. Driving to work or washing dishes, every act could easily be meditation.

Based on the original Zen teachings, this beautiful book offers a life-changing perspective on life itself.

Om Swami shares with you the art of happiness with plenty of humour, stories and wisdom as he takes you on a journey from being mind full to mindful.