Bhils or Bheels are an Indo-Aryan speaking ethnic group in West India. They speak the Bhil languages, a subgroup of the Western Zone of the Indo-Aryan languages. As of 2013, Bhils were the largest tribal group in India. Bhils are listed as indigenous people of the states of Gujarat, Madhya Pradesh, Chhattisgarh, Maharashtra and Rajasthan—all in the western Deccan regions and central India—as well as in Tripura in far-eastern India, on the border with Bangladesh.

The word Bhil is derived from “Veel” which means “bow” in the Dravidian language. The Bhil tribe is called the “Dhanush Purush of India” because they are very adept in Dhanush learning.

Sub- categories of the tribe

1. Ujaliya / Kshatriya Bhil: – Ugaliya Bhil is basically the Kshatriya who went into the forests at the time of Mughal invasion.

2. Langot Bhil:- They are the original Bhils living in the forests, their custom is still old. These mainly live in Madhya Pradesh.

In Rajasthan, Rana Poonja Bhil ji is remembered, who along with Maharana Pratap, defeated the Mughals. The portrait of Bhil this warrior is inscribed on the royal insignia of Mewar and Mayo College.  As of 2013, the Bhil community was the largest tribal community in India with a total population of 1.7 crore.

The source of income for the Bhils is agriculture and animal husbandry. Poultry and labour also source of income of this community. The Bhils have knowledge of the manufacturing of handloom products also.

Many years ago, Bhil rajas (kings) permitted immigrants from the plains to settle in the hill regions. To safeguard their independence and rule, the Bhil fought against the Moghals, the Maratha, and the British.

Many Bhil are being threatened by the Sardar Saravor Dam project, which when completed will flood the land where many Bhil currently live. Though re-settlement plans have been discussed, they remain incomplete.

The demand for creating a separate Bhil state in India is mainly arising from the tribal belt of Rajasthan, Madhya Pradesh and Gujarat. These Bhil people want that migrant people of this community should be brought back to their original place with full dignity. These people also demand that the tribal communities should have first right on natural resources. There is a demand to make the Bhil state by merging some districts of Rajasthan, Gujarat, Madhya Pradesh and  Maharashtra.

These districts are Dungarpur, Banswara, Pratapgarh in southern Rajasthan, Ratlam, Jhabua, Alirajpur, Dhar, Petlawad, etc. of Madhya Pradesh, while the eastern districts of Gujarat include Panchmahal Godhra, Dahod and Dang while the northern districts of Maharashtra include Nashik, and Dhule 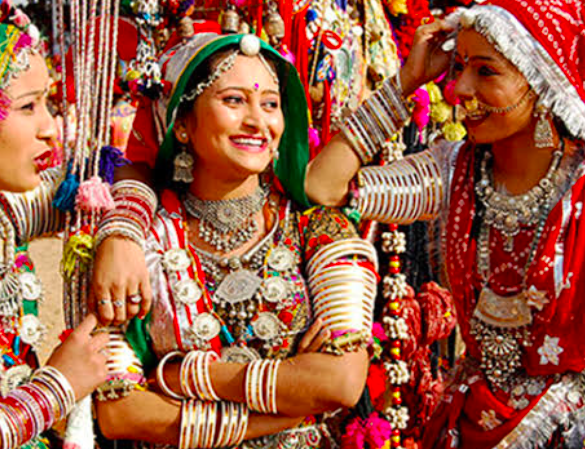 According to the census of India, the country had a Tribal population of 3 crores in the year 1961 which increased to 10.42 crore in the 2011 census, which has a decadal growth rate of 23.7%.