Anna Burger lives by a busy road just a minute’s walk from a metro station in the USA capital Washington, but every morning she wakes up to a birdsong symphony. Butterflies, squirrels and even the occasional deer also come to visit the tree-covered property that she has cultivated with a focus on native species that provide nesting space and nourishment for the local wildlife.

Well-manicured grass lawns have long been associated with the American Dream, but a growing “rewilding” movement now seeks to reclaim yard space for nature.She and her husband bought the house in 1990 and “we’ve tried to make it friendly, making sure that we have water sources, food sources, so these trees aren’t the most colourful, but have great berries.” 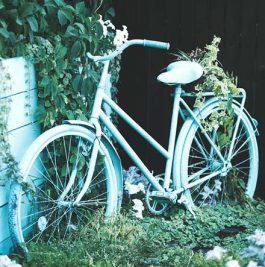 The couple’s home is surrounded by several houses whose occupants take a more traditional approach toward their green space, but a stroll through the leafy Takoma Park neighborhood reveals many more where “ungardening” has taken root.

A study in the Proceedings of the National Academy of Sciences last year found an almost 30 percent drop in gun violence around re-greened vacant lots in the city of Philadelphia. Another 2018 paper in The Journal of the American Medical Association, found self-reported poor mental health dropped by more than 60 percent compared to a control group.