Linguist and well-known Annamayya scholar Venkat Garikapati has touched upon yet another new topic on saint poet ‘Annamacharya Sankeerthans’ in his latest work Annamayya Alamelmanga Vaibhavam. The book consists of 58 sankeerthanas on goddess Alamelumanga written by Annamacharya.

The work, which is Venkat’s 12th book on Tallapaka Literature of the 14th century, contains commentary and meaning to the rare Telugu words used by the saint poet. The book was released in Ravindra Bharathi on April 8, in a colourful function by noted Telugu film actor and writer LB Sriram and the first copy was received by well-known Telugu film music director RP Patnaik. Noted painter and cartoonist Kuchi said that it has been his fortune to attend this literary and musical feast. The guests lauded the monumental contribution of Venkat Garikapati to the rare works of the saint-poet, for the last three decades. 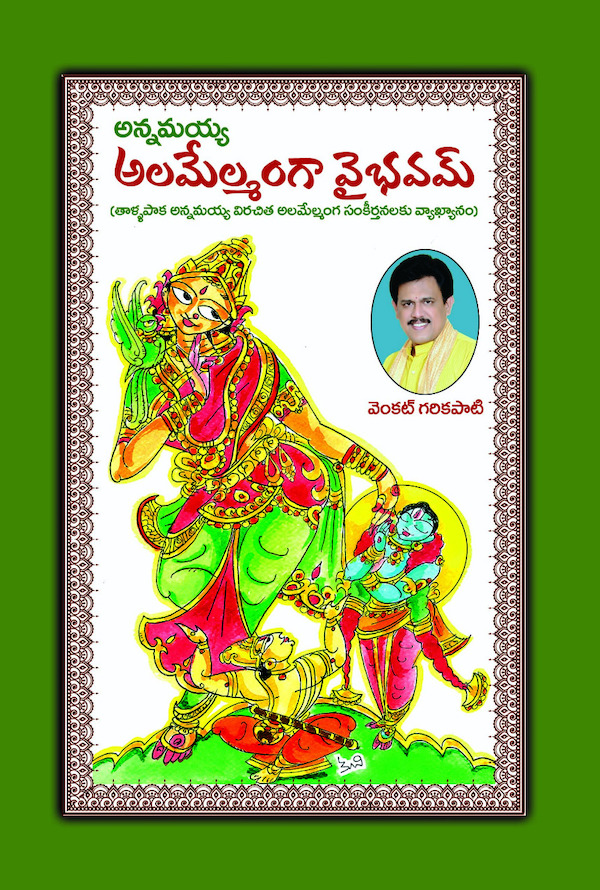 The book release was followed by a melodious commentary laden music concert — ‘Annamayya Sankeerthana Sougandhika’. Noted singer Varanasi Sri Sowmya rendered some of the rare compositions of the saint poet in a mellifluous manner, the meaning of which has been elaborated by Venkat Garikapati in a lucid manner.

The programme has been conducted by the new cultural outfit of the twin cities, Yajushi Creations floated by noted music director Dr Joshyabhatla Rajasekhara Sarma.