In the ongoing conflict between India and China and the ensuing disengagement that is now being operationalised between the two armies, critics of Prime Minister Narendra Modi often bring up past meetings and the imagery associated with these meetings. In an attempt to ridicule the Prime Minister and criticise his China engagement policy, critics invoke images of the two leaders sitting on a swing in Ahmedabad in 2015 and talking amidst the relics of Mahabalipuram in 2018. While hindsight would lead some to believe that the engagement with China has not achieved the desired results, it is indisputable that the Prime Minister’s efforts in engaging with China and its leader Xi Jinping are not driven by personal aggrandisement but in national interest.

India’s China policy has been a continuum of vision, strategic thinking and efforts put in by several Prime Ministers and foreign ministers. While PM Modi adds a personal element to his engagement with foreign leaders, the tenets of his policy are not very different from the leaders of the past. True to its traditional time-tested ethos, India’s endeavour to forge peace with everyone, more so with our neighbours, has been rooted in the principle of ‘Vasudaikakutumbukam’ (the world as one family).

Nehru’s idea of the Panchasheel – the five principles of mutual respect and peaceful coexistence– is being imbibed by Modi today. However, today’s India as it signals peace is also aggressively building effective deterrence mechanisms, including scaling up of border infrastructure and roads in a mission mode.

While the Indian government’s policy has been consistent and uniform, the role of the opposition has, over a period of time, become out of touch with public opinion and the government’s approach. To score brownie points, some opposition leaders sound more like a hostile enemy than a principled opposition. This is not how things were in the past. When the war broke out with China in October 1962, the opposition that consisted of people like Atal Bihari Vajpayee firmly stood by Prime Minister Nehru. It is a different story that India lost the war.

Similarly, in 1971, the entire opposition stood by Indira Gandhi transcending their bitter political differences and personal reservations with the way the then Prime Minister had been functioning. The government and the opposition enjoyed harmonious relations and trusted each other on issues of national importance such as foreign policy. This was evident from the fact that Indira Gandhi, it was reported, soon after coming from a botched up meeting with US President Nixon, had the confidence to invite Vajpayee for a closed-door discussion on the matter.

The opposition of yesteryears backed the government during war and any question to the government was raised post-facto. They ensured that their actions and words would not undermine the morale of the armed forces. Prime Minister PV Narasimha Rao chose Vajpayee to represent India to refute Pakistan’s false propaganda of human rights violations in Kashmir in the United Nations in 1994. Salman Khurshid, Minister of State for Foreign Affairs, had said in one of the interviews that it was Vajpayee who helped India speak in ‘one voice’. 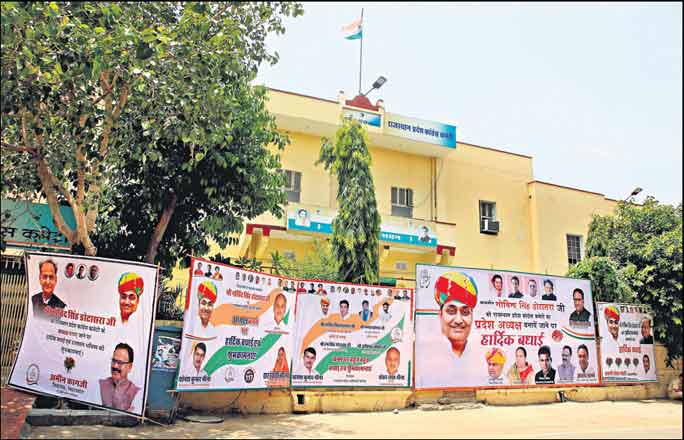 The defeat of the Congress in 1996 brought about a perceptible change in India’s polity vis-à-vis foreign policy. Vajpayee, after becoming the Prime Minister in 1998, tried the bus diplomacy with Pakistan to foster peace. Unfortunately, Pakistan showed its true colours in Kargil. The Congress not only questioned the government during the war but even manufactured a fake scam alleging that Defence Minister George Fernandes was involved in corrupt practices while procuring coffins for the fallen soldiers of the Kargil war. For the 10 years that the Congress was in power, it refused to celebrate the Kargil victory, stating that it was a “BJP war”.

During the years that the Congress was in power, especially in UPA 2.0, the BJP had disrupted Parliament to ensure that the scams tumbling out of the UPA cupboard got enough national coverage, but it always supported the government on foreign matters. When an Indian soldier, Lance Naik Hemraj, was beheaded by Pakistan’s army in January 2013, as leader of the opposition Sushma Swaraj offered full licence to the government to give back in kind.

After 2014, the Congress seems to have fallen deeper and lost every semblance of rationality. Asking for proof for surgical strikes or the military operation in Balakot is the role of a hostile enemy and the Congress seemed to be fulfilling that role rather than that of a responsible opposition. Analyses of 2019 election results pointed to the surgical strikes and the consequent nationalism which swayed the entire country.

Even after the drubbing in 2019, the Congress does not seem to have learned any lesson. Now, when the nation stands united to fight China, it is striking a discordant note raising questions to create confusion in the minds of the people and undermine the morale of the army. It required a former Army General who led India during Kargil, Gen VP Malik, to point to the statement of the Congress president and the debilitating effects it could have on the armed forces.

In this context, it heartening to see regional parties behaving in a matured and dignified manner. Telangana Chief Minister K Chandrashekhara Rao, for example, was extremely critical of the Union government’s approach towards providing funds to States during Covid-19 and the manner in which the financial package was structured. However, when it came to national sovereignty, he said this was not the time for ‘Rajaneeti’ (politics) but for ‘Rananeeti’ (war strategy).

The Congress was a big tent left of centre party that was at the forefront of the freedom movement. Majority of its leaders had a nationalistic bone. Today’s leaders seem to have veered to an ideology where the ideas of “nation” and “unity” no longer resonate. The party seems to go to any depths to fulfil its perceived “revolution” and “rebellion” against the Indian state, even if it were to destroy the very state that its erstwhile leaders played a part in building. The Congress failed India so comprehensively that today it is an opposition party that is facing anti-incumbency and not the party in power.

(The author is an MLC from Telangana)